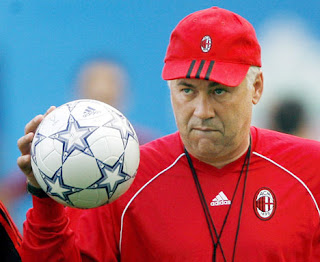 Right before the next international FIFA date (starting Wednesday with Costa Rica - USA), we already have significant seismic rifts in Europe. Carlo Ancelotti, the 2 time Champions League winner with AC Milan, architect of David Beckham's move to the Italian club, has signed with Chelsea as their head coach. Becks may want to recheck his future after this. 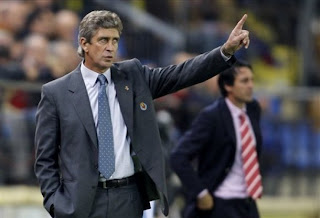 Elsewhere in Europe we're hearing that Manuel Pellegrini has left his post as Villareal manager in Spain to coach none other than Real Madrid. This is an interesting move for a well-traveled and successful coach that won titles with River Plate, Liga De Quito, San Lorenzo, as well as 5 important years with the "Yellow Submarine." A void is now left for Jozy Altidore's current team, putting the young American's future at the club in question. How will the new manager use Jozy, if at all? Will he be loaned out to a Adelante team again, perhaps to a team in the EPL? We must remember that it was the Chilean's coach that brought him from MLS and who decided he needed more acclimatization to La Liga. His plan backfired when Xerez refused to play the skillful American. 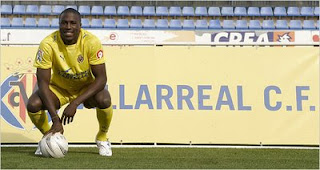 It's not only Jozy that has an uncertain future. Freddy Adu is waiting to see what the new Benfica coach decides to do with him after an unsuccessful loan with Ligue 1 team Monaco. It's not all bad news, however. Standard Lieje's Oguchi Onyewu is a free agent after helping the Belgian club to two successive championships. Hammarby (Sweden) attacker and frequent US international Charlie Davies is being pursued by several as yet unnamed European teams. Beasley is another player that will most probably be moving this summer. He has had little input with Rangers and midfielder Maurice Edu has more than made up for it by becoming a dominant presence with the Glasgow club.

Who could be on their way out of MLS this summer? Maybe Donovan, depending on his participation at international tournaments. Kljestan is another toss-up, as is Bornstein. Kenny Cooper may be getting a few looks as well.

Let's keep dreaming for now. It's early. It's June 1st and qualifiers, Confederations Cup and Gold Cup are ahead.
Posted by R. Mera Velásquez at 9:54 PM