The Catracho invasion: US vs Honduras 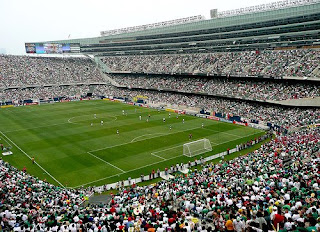 The US national team continues its qualifiers for a berth at the 2010 World Cup in South Africa against Central American powerhouse Honduras tomorrow night (ESPN, Galavision 8PM ET). If Costa Rica's Saprissa Stadium tested the American's composure in the face of fans, turf and history, then Soldier Field will show them what it's like to play against an away crowd on their own home turf. 50,000+ seats have already been sold. I'm also told that it will be 70% Honduran. I wonder why they decided to play in Chicago when they could have done it in Foxborough, Seattle or even Columbus. In Columbus we had at least 60% American. I hope that 70% figure is wrong. 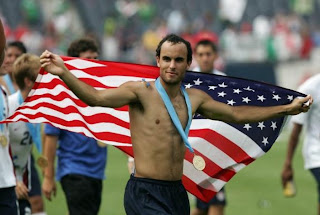 What else is at stake here? Everything. Bradley's job as coach, the nats' summer form ahead of the Confederations Cup and the Gold Cup, and possibly even the coveted place in the World Cup. This game is now more important than the Mexico game in February. Wednesday's loss has made the need for a "W" much more important. Reading through more important blogs, I've noticed what is certain. The team we saw on Wednesday night will never be on the field again. Wynne is not ready for the right back position and Beasley cannot be a defender at left back. Bring on Bornstein or Hejduk (if healthy) and please please put Spector on the right. Also, no Michael Bradley after a soft yellow card in Costa Rica. It is now up to Torres and/or Kljestan to step up along with Clark/Mastroeni. I prefer Kljestan and Clark (I know I've been hard on the Dynamo player in the past but his athleticism will bring certain credibility to the position in the midfield).

Now to the attack. No Ching due to injury. I'm tempted to bring Donovan to the forward position again, sliding Beasley into his normal left wing. Hopefully Dempsey will show up to this game. God knows we need him more than ever. Altidore should stay up top as well. Conor Casey and Charlie Davies are nice options off the bench, as is Adu. 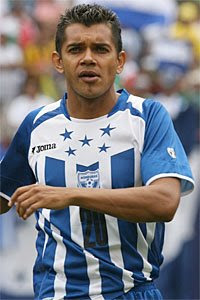 Now about the Catrachos. Honduras actually is the last of the CONCACAF teams to beat the US on home soil. This was back in 2001 during a game that got interrupted by a stupid invasion of Afghanistan. It was 3-2 at RFK. The Central American team has the likes of Pavon (briefly with the Galaxy), Amado Guevara (Toronto), Wilson Palacios (Premier League), David Suazo (Inter Milan, Benfica). A tall order? Yes. A win? A must. Will the national team show up? They did against Mexico and Trinidad. We hope they show up in Chicago tomorrow as well.