Truth be told: Why the US won't beat Trinidad tomorrow 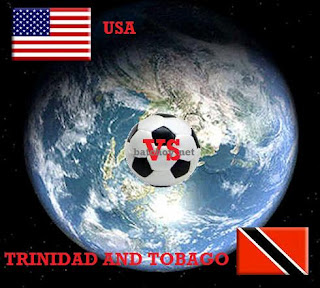 At the danger of sounding pessimistic, I'm simply stating this: the US lacks the arguments to beat Trinindad and Tobago at Port of Spain. Why? Lack of communication in the defense. With DeMerrit out, it will be interesting to see what Bob Bradley does with the back line. Pearce is very far from the left back position at this point. Bornstein showed he can't quite cut it internationally and showed that vs El Salvador. Beasley was atrocious at the Confederations Cup. Bocanegra is needed to pair up with Onyewu in the center. Castillo has just been cleared to play for the US but too late for this match. Of the above, we know that Pearce, Castillo, and Beasley weren't even called up.

There is the possibility of switching Spector to the left as he's used in West Ham, but that would introduce Cherundolo on the right, where he showed difficulties in Mexico. Putting Bocanegra out wide and inserting Marshall reintroduces some of the miscommunication seen last Saturday. There's no clear winning solution here against a fast-paced and physical T&T side.

In the middle of the pitch, it might advisable to reintroduce Clark as a holding midfielder with Bradley. If he can regain his form things might fare better. Bradley needs to keep composed also. Dempsey requires more impetus from the defense in order to work as a valid option in the attack. He showed glimpses of that in the last game. Up front, barring injuries, Davies and Altidore should be the starters.

It will be a difficult match. T&T is likely to take advantage of the US early-score-by-the-other-team bug and the stars and stripes will go down 0-1 at the half. Some heroics are possible in the second half with Donovan as the orchestrator. We should also take note on the fact that a good majority of the players are carrying yellow cards and may be unavailable for the Honduras match in October, were they to get another yellow. Prediction: 1-1.
Posted by R. Mera Velásquez at 11:12 AM

2-0 USA. Altidore owns TNT and he will dynamite their paltry efforts once more, puncturing the onion bag with power and precision.

Congrats on the Ecuador win vs. Bolivia. Hope the US can follow suit.