It's simple. Any player of any age that has not played an official FIFA tournament game for their country (of residence, citizenship, parentage) can switch to a different national team as long as all the paperwork checks. It used to be a cutoff at the age 21. Such was the predicament with players like Neven Subotic, Jose Francisco Torres, Giusseppe Rossi, Arturo Alvarez, and even Freddy Adu. As we all know, Adu and Torres chose the US whilst Rossi, Subotic and Alvarez switched allegiances. The last, Alvarez, formerly a U-17 for the US, dressed and started for El Salvador on September 5th at Sandy, Utah, for the qualifier. 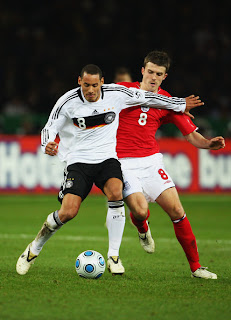 Some fans are still disgruntled by Rossi and Subotic's departures and I can't say I blame them. Both are exceptionally gifted and would have added certain value to the US squad. Until recently, however, only a few chose to stick with the US, Adu and Torres being prime examples. And all of this was mostly, although not entirely, due to the ascent of the US national team in international football. A great (at that point) standing in Concacaf and an appearance at the Confederations Cup. This last one, with the great heights gained by winning two crucial matches and losing to eternal favorites Brazil, surely raised a few eyebrows. Namely, Jermaine Jones and Edgar Castillo.

Under the new Fifa rule, Jones (27) is elligible to play for the US because his father is American and he clings to that status. He played for Germany U-21 and the senior team in 3 friendlies. He made his desire public before the Confederations Cup. Jones is a very talented player (Shalke 04) that has played in the Bundesliga for his entire career. He is a defensive midfielder and certainly within the pecking order if Bradley and Clark continue to struggle and even if Edu comes back into the picture. Jones is recovering from an injury and won't be able to suit up for the USA until at least November. 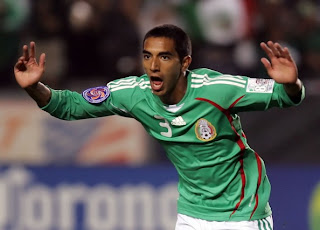 Then there is Edgar Castillo. The New Mexico-born, Mexican-American is a natural left back (the biggest weakness with the national team). He plays his trade south of the border with Tigers UANL and played previously for Santos and Club America. Castillo played for the Mexican national team on more than one occasion, but never for an official tournament. His decision to play for America over Mexico came at a curious point in time when the US had just played its first Fifa tournament final and when Mexico was ailing from poor form (which they have recovered from). Right now there are no vacancies within the deep Mexican squad. The US, however, needs help at left back.

Unlike Jermaine Jones, Edgar Castillo is not injured, has had his paperwork approved by Fifa, and is in great form in a competitive tournament. Many out there, myself included, are hoping he's called up for the remaining qualifiers. It's not inconceivable to see him suit up against Honduras and/or Costa Rica given the struggles by Bornstein, Bocanegra and Beasley at the left back spot. Castillo is great going forward and can score goals. He's not a Roberto Carlos at this position nor should he be elevated as such. He's a great option in a field that is weak and shallow for the US. It's a spot that may very well be his to lose come South Africa next year (assuming we qualify). He has yet to play for us, though, so any conjecture on the matter will have to wait until then. In any case, there's nothing better than excellent competition for a spot to elevate every player's game.
Posted by R. Mera Velásquez at 6:05 PM