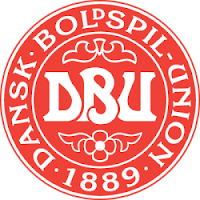 Denmark has always proven to be a hard-working, intensely-physical team with plenty of talent and a bit of flair. Aside from their win of the 1992 Euro, Denmark is a relatively light-weight team when it comes to the World Cup. Their best result was a berth in the quarterfinals of 1998. Their first appearance in the finals was in 1986.

France '98 is where our story starts. This was the team of Michael Laudrup, arguably the best Danish player in history, along with his brother Brian and the imposing Peter Schmeichel as the net-minder. Denmark was placed in the group with host-nation France, Saudi Arabia and South Africa. After defeating the Saudis, they went on to tie South Africa before losing to France. They would meet the Nigerian Supereagles in the round of 16. Although the African side was heavily favored, the Danish put on an impressive performance reminiscent of their '92 Euro run. They would defeat Nigeria by 4-1. Brazil would be their next opponent. After going up on the scoreboard twice, Rivaldo showed his magic and booted them off the tournament. It was quite a match with up-and-downs and plenty of cheers for the Europeans. Brazil were still favored to win it all at that point.

Denmark would once again qualify for the World Cup in 2002, reaching the round of 16. This was quite a tournament for them since they would play a part in the early elimination of then-champions France. A win versus Uruguay and a tie against Senegal meant they had 4 points ahead of their game with the French. Zidane had been absent until this game due to injury. His late arrival would not amount to much, as goals by Rommedahl and Tommasson were enough to win the group. Their joy would be short-lived, as they would face David Beckham's England. The "three lions" quickly demolished them by 3-0.

What's next for Denmark? Holland, Japan and Cameroon. Aside from the Netherlands, Denmark is equally matched with the Asian and African sides. Indeed, seeing recent results makes us believe that Japan is the weaker side here and that Cameroon isn't the indomitable team it once was. Look out for stars like Sorensen (Stoke City), Jacobsen (Blackburn), Poulsen (Juventus), and Bendtner (Arsenal).
Posted by R. Mera Velásquez at 9:33 PM