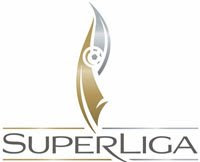 I had to get my word in on this because it's just ridiculous. What sore losers were the Atlante players at the end of last night's SuperLiga match against New England Revolution. For those of you unfamiliar with the SuperLiga: it is a tournament between the MLS and FMF (Mexican league) that pairs up 4 teams from each league in groups that play each other during the start of the Mexican Apertura tournament and the middle of the MLS tournament. It's worth nothing internationally and has limited attendance. I think it would be more appropriate if it were a playoff for spots in the Conmebol's (South American conference) Copa Sudamericana or Copa Libertadores. I don't really see its viability.
Back to the content about last night's match. In my view, the Revs dominated play, scored a legitimate goal and won the game outright. This morning on XM Deportivo (in Spanish, of course) I heard the Mexican media completely trounce the game official(s). They complained of having Mexican teams always lose favor in Concacaf and in Conmebol. In Concacaf they insist that there is a prejudice since Mexico has the most dominant league. I looked at goal.com (in Spanish click on the button for the language at the top of the page) and they didn't say anything about it being unfair, however. Maybe it's something strictly for the Mexican media. They also said they doubt Mexican teams will continue playing in the SuperLiga if such treatment continues to happen. Some of the local XM Deportivo commentators insisted that things were being blown out of proportion and that being based here (XM personnel), they should support the MLS.
Interesting stuff. What do you guys think?
Posted by R. Mera Velásquez at 12:11 PM