Slow forward: US in the U-17 World Cup 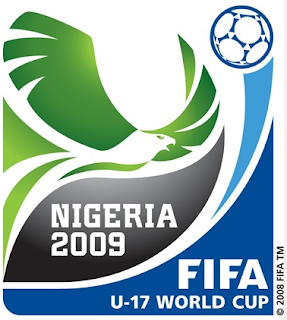 A 1-2 loss against Spain in the opening game of the Nigeria U-17 World Cup when the US was a man up for 88 minutes. A lackluster performance in a 1-0 win versus minnows Malawi. A 1-0 win against the United Arab Emirates to seal group play. That has been the kind of play by this young US squad. This isn't the Landon Donovan team that reached 4th place in 1999. This isn't a media-friendly team that boasts Freddy Adu, Jozy Altidore, or Michael Bradley. But slow progress is part of the American game.

It's interesting to note that this American squad played their best game against Spain when they were down by a goal. They attacked with clarity and created multiple chances that lack the final 1% to tie the game. Against Malawi they looked a bit lost and slow in movement in front of the Kano, Nigeria crowd. They didn't deserve that win, but the logic of football allowed the more established US team to take all three points. Today was different. The US wanted it more and Gil, Mcinerney, and Jerome showed their class. Their attack was constant but lacked a good final touch. It was actually UAE that had better chances, albeit fewer. 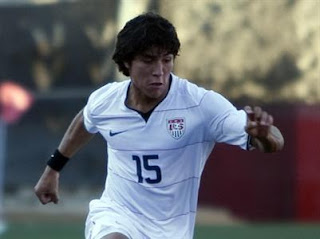 The scoreline was decided by a poor clearance from the UAE goalkeeper and great vision from Mcinerney to put away the chance.

The round of sixteen awaits. The final touch will be important against more demanding foes like Uruguay, Korea, Netherlands. That's the sort of practice this team needs. We're looking forward to it and these potential future stars are making US soccer fans more confident about the future of the senior national team.
Posted by R. Mera Velásquez at 12:12 PM

Piece of writing writing is also a fun, if
you know then you can write if not it is complicated to
write.