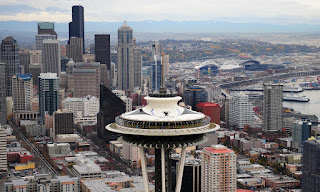 The MLS season has built up to this day. It is LA versus Real Salt Lake. The dream final of Chicago - LA didn't happen thanks to Nick Rimando's penalty kicks heroics, but Beckham and Donovan highlight a rebuilt, refurbished and focused Galaxy team under the direction of Bruce Arena.

MLSers out there had been waiting for this game ever since the English ace first signed with the league in 2007. Maybe what he and the team needed was to be away from all the hoopla and to focus on the games, how to win them, and how to play defensive soccer while at the same time highlighting the magic of its offense.

Things are different for the Salt Lake City team. On their 5th anniversary, with a stable, workman style crew, Jason Kreis is hoping for a Cinderella story that will propel them to the top of the league. Robbie Findley and Kyle Beckerman highlight the team's attacking style. They were lethal at home but terrible on the road. But they found a way to win outside of Rio Tinto Stadium at just the right time--the playoffs. 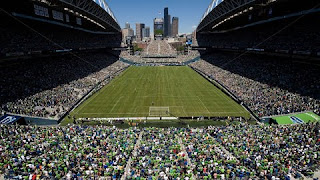 There are plenty of European-minded soccer fans in this great country that greatly dislike playoffs and a single "final." But keep in mind that this isn't necessarily the case in plenty of other countries in the Western Hemisphere. Mexico, for example, also has a "liguilla" that is in playoff format (they are currently in their quarterfinal stage). MLS is now 14 years old and has morphed into a bona fide talent developing institution (Howard, Altidore, Donovan, Dempsey). Tonight's game will be just what the league needed: An awesome, star-studded team (LA Galaxy) against a Cinderella (Real Salt Lake), all against the backdrop of the best atmosphere in the league--Seattle. The Sounders broke all sorts of records in their debut season, and although they aren't in the final, their fans sure are and the city has welcomed soccer fanatics from all points in the nation.

Cheers, Seattle. Thank you, Salt Lake and Galaxy. Let's have a great match and may the best team on the field win.
Posted by R. Mera Velásquez at 1:37 PM