Not scoring: from Altidore to Fernando Torres 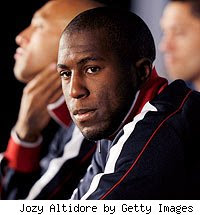 If you are like most knowledgeable US national team fans you will know one thing: Jozy Altidore, our star at forward, isn't scoring much these days. Indeed, since his multi-million, record-breaking move to Spanish powerhouse Villarreal, Altidore has scored more goals for the national team than at club level. He scored once in La Liga play during the 2008 season and then two more times in local Cup play. Not what you want from a striker of his quality. His year-long loan to Premier League side Hull City (since relegated) saw him score just once in league play and also in Carling Cup games. Lately, on loan to current Turkish champs Busaspor, the talented American scored once just last week, as the season winds down.

Altidore is not alone in this. Eddie Johnson, once heralded as a US international star, has managed very few goals abroad in league play. Josh Wolff was another underachiever in his day. Not to mention Freddy Adu. Others out there have a bit more luck: Edson Buddle with bottom-dweller 2.Bundesliga team Ingolstadt.

But our American stars aren't alone. Spanish superstar Fernando Torres scored his first goal for Chelsea this past weekend. This was his first goal after a multi-million dollar move from Liverpool. At one point, Carlos Vela of Mexico (Arsenal) and Kikin Fonseca played eight games for Benfica, scored once, and was sent home packing. 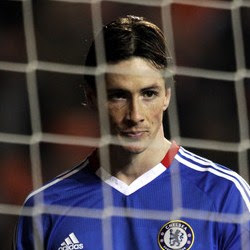 The truth for all these players is clear: form, luck and understanding. Being patient with the ball and passing to team mates enjoying better form. Sometimes it's better to play for smaller teams and, finally, to return to one's homeland. There, they can find and regain form, get the necessary minutes, and compete for spots in the national team. Such isn't the case for Torres. For him it's about warming the bench or biding his time until opportunities and luck return. It may even be better to go back to Atletico. But Chelsea won't give up on him. Not yet. He is a proven goalscorer and his fantasy play can still dazzle. As with most injury bugs, some of these players just require more time. We are, after all, rooting for them to do better and to lite up stadiums and TV screens.

Good luck to all. Come home if necessary. Patience is a virtue.