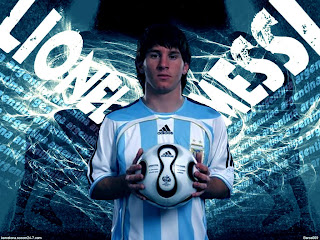 What do you do when you have the best attackers in the world? Who do you bench and who do you start? That's Argentina's "problem" at the moment. Let's count it down from most important to slightly less: Messi (FC Barcelona), Tevez (Manchester City), Higuain (Real Madrid), Milito (Inter Milan), Aguero (Atletic Madrid), Palermo (Boca Juniors). Wow. Just having one of them in your team would make the difference in any given game. 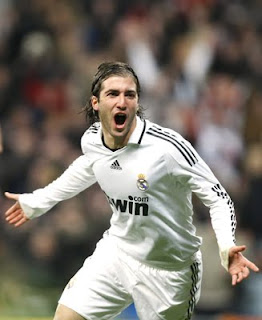 We can argue that Messi can be moved to the midfield, yes, but this may cut down on what the best player in the world can do for the national team. Tevez, it is argued, is a sure bet for a starter, at least according to sports media. 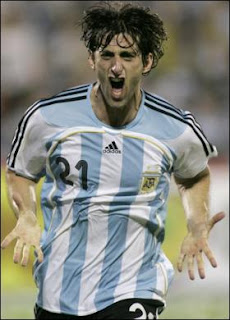 And who's providing service from the midfield? That's the other side of the equation. There's Veron, Riquelme, Cambiasso, Saviola. Oh, wait... no Riquelme because he quit the team thanks, in part, to squabbles with coach Maradona. Saviola has also fallen out of favor with the Argentines. Veron isn't getting any younger and is a tender player at best and has maybe two games of fitness at a time. Cambiasso is a great option, but it seems that Maradona and staff are a bit concerned with his age and fitness. What a mess. There are a few options with Mascherano and Di Maria, but not nearly enough to supply the formidable attack. 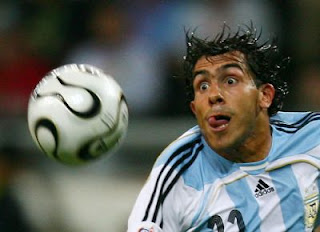 Who do you start, then? Milito and Higuain have similar styles and appreciable height for aerial attack. You can say the same about Palermo. Tevez is fast, opportunistic, and a true center forward. Aguero brings youth and unpredictability. My guess would be a 4-3-3 with Messi, Tevez and Higuain/Milito. It all depends on form at this point. In their clubs, they are pretty much the same. It thus comes to who can score and/or assist with the national team. Might we see a preview of this when Argentina faces Germany this Wednesday? In the end, however, it comes to quality passes from the midfield and a stout defense to back up a talented offense. This is Argentina's Achilles heel... their overwhelmingly good offense.
Posted by R. Mera Velásquez at 1:37 PM