No respect for soccer: LA caps CCL match at 7500 attendance 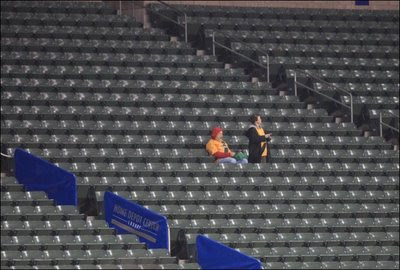 The LA Galaxy has been forced to reduce attendance for next week's return leg of the quarterfinal in Concacaf Champions League versus Toronto match to 7,500 due to a attendance agreement with Cal-State Dominguez Hills over the usage of the university's parking lots during the school year. We see the point, but for the sake of the sport, the team and the fans, the response should be: erroneous and unfair, Silly and surprising.

If the LA Galaxy is indeed to be a nationwide and worldwide team, then this sort of thing will need to be remedied. There are plenty of universities out there that have basketball or football games in their grounds and there isn't ever any problem with attendance. People make way. It's just the way it is.

But there is still a lack of respect for the game here in the United States. That much is obvious with this latest insult. The LA Galaxy is a worldwide brand. They have world class players in David Beckham, Landon Donovan and Robbie Keane. The Galaxy are also the defending champions of Major League Soccer and reside in a heavily-international American city.

Perhaps the most telling feature in this dilemma is the fact that the first leg of the quarterfinal drew a record 47,658 fans to the Rogers Centre. The Galaxy's Home Depot Center holds 27,000 and won't be even a third full. Major League Soccer, please assert your priorities or at least listen to your players if your fans and critics go unnoticed. Said Danny Koevermars of Toronto about the projected LA attendance: "That is stupid, that is stupid, LA Galaxy is a big club in LA and they showed it because they have three big name players."
Posted by R. Mera Velásquez at 9:42 PM