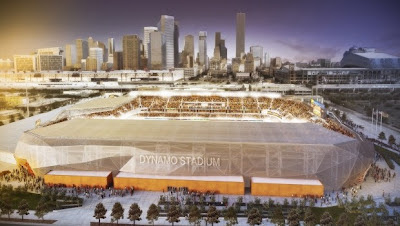 Not a doomsday year for MLS. Not by a long shot. Indeed, 2012 is building up to be one of the biggest years for the American soccer league. There are three MLS teams in the Concacaf Champions League quarterfinals, a new set of designated players, a new stadium in Houston, a longer season and a new franchise in the Montreal Impact.

Success for MLS transcends the game and shows its impact in the makeup of a city. For Portland, the Timbers mean a solid franchise with a stable fan base. Where the Trailblazers may fail, the Timbers supersede expectations by nearly reaching the playoffs in their first year and by selling out every single match at Jeld-Wen Field.

The Pacific Northwest is the mecca of soccer in this country now, and with Vancouver, the regional rivalries grow in fervor and it brings Canada closer to its potential as a soccer nation. Cross-country and regional rivalries within the maple leaf country are further heightened with the entrance of the Montreal Impact, a team that gained a "promotion" of sorts from the lower divisions of North America.

Internationally, the MLS presence in the Champions League has grown by one team from last season. Toronto FC is facing LA Galaxy for one of the matchups while the Seattle Sounders are facing Santos of Mexico. LA is arguably the best team in MLS even if tonight's match versus Real Salt Lake was a 1-3 loss. They are the most complete team and replete with star power in Donovan, Keane, Buddle and Beckham, and unsung heroes like Mike Magee, Juninho, De la Garza and Saunders. A ticket to the final for LA or even a championship in this tournament isn't out of the question. It would also bring the team and the league to its first FIFA Club World Cup later this year.

Aside from the current slate of designated players is a new batch, highlighted by the Timbers' Kris Boyd, the leading scorer for the Glasgow Rangers at 101 goals. The updated "Beckham rule" now includes the ability to recruit younger players like Diego Chara and Fabian Castillo and more teams are likely to follow this paradigm.

As the league grows, one of the most important economic aspects is the need for a soccer specific stadium. There are now 12 teams with such stadiums and 2012 marks the inauguration of the BBVA Compass Stadium for the Houston Dynamo, a futuristic-looking edifice worthy of the Space City.

Major League Soccer is undoubtedly one of the most competitive leagues in the world. This argument has its basis in the salary cap and the redistribution of players through drafts, as well as the playoff-style finale to the season. This is how we arrive at Real Salt Lake and Colorado Rapids as champions. But legacies can also be forged: the Galaxy and DC United have storied pasts in the league with 7 titles among them. The American version of the superclub is alive in New York and LA. We cheer for underdogs, superstars and the emotion of each game. This is why we love Major League Soccer.
Posted by R. Mera Velásquez at 1:32 AM