The missing: Stars not in South Africa It's still a week early, but they're dropping like flies... some due to injury, some due to management, some may acquiesce critics, others will enrage fans. No Charlie Davies or Freddy Adu for the US. Davies is still hurt. Adu is a wild card. Personally, he's a great player that takes on the defense. Others, like Donovan, have the ability to race past them. Adu is special in this. He has much to learn still, unfortunately. Maybe missing this World Cup will enable him to get his act together for the next cycle.

On to other glaring absences... Ibrahimovic isn't going because he chose Sweden, and Sweden chose not to qualify. Javier Zanetti and Cambiasso are quality players but Maradona has other things in mind. The attack is loaded but from there on back it becomes susceptible to any team having a good day. 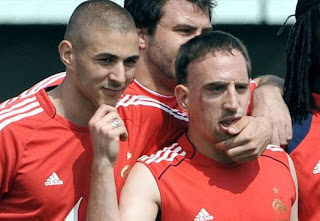 For Brazil there will be no Ronaldinho and no Pato. Pato is a question mark here. Dinho's time has been coming for a while now. The former-Barca man never quite regained his full fantasy back even with a good season at AC Milan. Dunga has plenty to choose from, though. 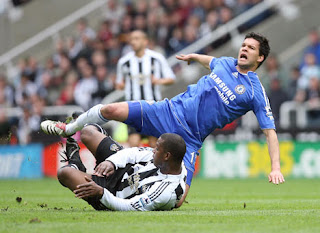 No Senna or Cazorla or Guiza for Spain. No Benzema for France? What's Dommenech playing at? Could Ribery miss out also? No Ballack for Germany. This one not his fault. Should be interesting to see who Mexico leaves behind. Oh, no Bridge or Beckham for England (score one for the US). No Totti for Italy... I'm not sure the Italians have a team this time around, especially without Totti and an aging back line.

Still time for a few more surprises... especially for those in the American squad.
Posted by R. Mera Velásquez at 12:33 AM