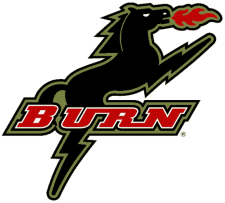 I, along with some of my readers have been wondering just what the heck is wrong with Dallas--the soccer team that is. Once, they were known as the Dallas Burn. Not one of my favorite names at all. Easy to make fun of as well, especially for those not familiar with the league--or the sport. Now, rechristened in 2005 as a more Euro-style brand, the MLS team became FC Dallas. Its silly firebreath horse was replaced by a bull with the lone star as prevalent as the other teams in the city.

Let's step back a bit. Dallas was runner's up to the Supporter's Shield in 2006, or for non-MLSers this is their version of highest regular season point total. This number 2 slot was its biggest accolade since winning the US Open Cup in 1997 and runners-up in 2005 and 2007. But never a trophy in MLS. Only the Rapids and New England have failed to win in MLS but both made it to the final at least once (New England has done so 4 times). Further back we find aces like Colombia's Leonel Alvarez from USA 94 fame, the Pentapichihchi Hugo Sanchez himself, Ariel Graziani (Ecuador-Argentinian), Duilio Davino and even--briefly--Denilson of Brazil.... That's right, the same Denilson from 2002's Brazil. It just so happens that FCD jumped on the designated player bandwagon way too early and their investment flopped. 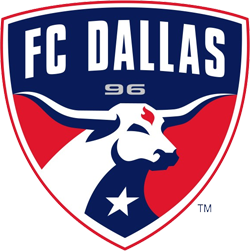 On the pitch it's been very dull for them. Even during the days of Toja, Mina and even Graziani, their play was never as attractive and their fan base loyal but limited. In fact, they themselves rebranded more than once. From the Inferno to the "Hoops nation" that has now become the FC Dallas Fan Network. Steve Morrow did not produce with the team as coach, and neither did Dave Dir or Mike Jeffries. Currently, and after many years of pursuit by team owners, Schellas Hyndman took control of the team. He complained about defensive inabilities last season as Morrow was booted out. The team he has doesn't seem quite gelled yet. Their soccer tends to be a bit boring at times, with Andre Rocha and Kenny Cooper being the more attractive players. Coop is also a former Man U player that didn't make the squad (go figure).

The central lacking of the team, in my humble mind as a passive audience member, is in their delivery and inventiveness with the ball. I venture to say that they need just an extra spark from a natural #10 to break the ice. Dave van den Bergh was a nice addition but more depth is needed in that spot. A Christian Gomez or DeRosario or Blanco is what's needed. Too bad Denilson didn't work... On another note, in terms of attendance for the squad, we have to remind ourselves that they used to play in the cavernous Cotton Bowl from 1996-2002 before moving to a high school stadium near Fort Worth in 2003. Some lobbying by fans and vendors (no beer at a public school, please) took the team back to the Cotton Bowl until their own Pizza Hut Park with 20,500 seats opened its doors in 2005. Here are their average attendance figures for all the years in the clubs existence (acknowledge Wikipedia on this data):

Yeah I remember when the league started and people joked that with teams like the Whiz and Burn that the league should was secretly owned by a group of urologists.