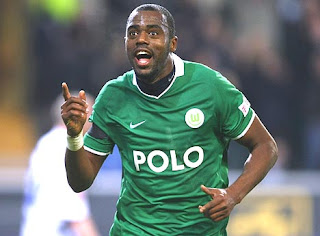 Club football around the world is winding down ahead of the busy summer international schedule. It seems that FIFA has finally gotten it right. If only USSF and MLS would follow along we would have a truly global, coherent schedule. Then again, we have to consider the boreal winter in regions like Scandinavia and Russia and Canada. Alas! The main tournaments in Europe have ended. Crowned again are Manchester United (second in a row) and Inter Milan (fourth in a row). Also on top are Barcelona (Spain), Rangers (Scotland) and the surprising Wolfsburg (German Bundesliga). 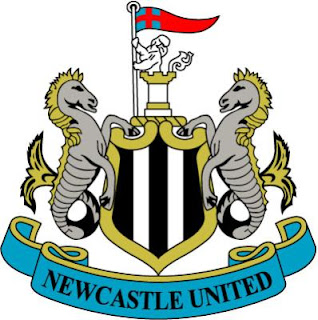 It was Germany that had the best soccer stories of the year. Mighty Bayern Munich could not perform even after the sacking of Juergen Klinsmann. It seems that maybe they should have kept Landon Donovan after his loan was up, right? But it was a decidedly Brazilian contingent (Josue, Grafite) in Wolfsburg that gave the first Bundesliga title to the franchise. All other stats aside, it was a nail-biting finish in the Bundesliga... and the same goes for one of our own--Michael Bradley, the US head coach's son who took his team (Moenchengladbach) out of the relegation zone to battle it out in the Bundesliga for one more year.

And that brings me to the next point... Relegation. People fear it more than anything in non-American circles. This year it was the Magpies turn to go down as Newcastle United crashed out of the Premier League in England. This is a storied team that rose to certain prominence in the 1990s, finishing second in the EPL in 1996 and 1997. Some of the more familiar names to have gone through its ranks include Alan Shearer, Coloccini, Les Ferdinand, Paul Gascoigne, Viduka and Michael Owen. Hull City, after an impressive run early in the EPL's first semester was actually in Champion's League zone thanks to magistry from Geovanni, among others. Fulham, home of Clint Dempsey actually didn't need to worry about dropping out of the EPL this season. They will now play in next season's Europa League (to replace Uefa Cup).

So what's next? Will Real Madrid snatch up C. Ronaldo and Mourinho? Will Inter Milan make it any farther in the Champion's League? Will Man U part ways with Tevez and give space to an up-and-coming Macheda?

First things first. Wednesday's Champions League clash of the titans between Manchester United and Barcelona. Then the FA Cup with Everton against Chelsea. In the new continent we have Mexican league winding down for its summer break as well as Argentina and other Latin American countries. Copa Libertadores has more of a Brazilian flavor this time around. For those of you who can't get enough of the king of all sports, there's the MLS. If you're not one convinced by the league then I suggest watching games with Chicago, Chivas, Seattle, DC, Columbus and Toronto. Always fun and a lot more quality than you may think. And then there is the international schedule. World Cup Qualifiers galore (starts June 3), the Confederations Cup that pits the US against Brazil, Italy and Egypt, and a (inconsequential) Gold Cup. I'll be back with more on the US's chances in qualifiers and international cups.
Posted by R. Mera Velásquez at 4:12 PM

Going to watch the final Wednesday out at my favorite Mexican restaurant - hoping to see Messi and Iniesta get it done. I love the EPL , but the Spanish sides are just more fun to watch....