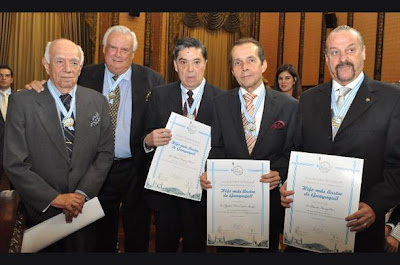 The year I went off to college my mother gave me an unusual gift: a series of obscure soccer magazines. They were specific to Conmebol (South America's soccer conference), and more importantly, strictly for the press. As I read through them I learned about the history of Conmebol and of its most important club tournament: The Copa Libertadores.
But why should I get this gift? Mother told me they came from my uncle Mauro, a world-respected soccer journalist, friend of the legendary Garrincha and a fan of Barcelona Sporting Club of Guayaquil, Ecuador. Perhaps he knew of my love for the game. It must have been so because I have over 20 cousins on my mother's side and yet the gift was especially for me. Up until that point, I had been to only a handful of futbol games. And yet he knew that following the beautiful game was one of my passions.
Regardless of the reasoning behind the gifts, my passion for the game grew stronger through the years and it led to this blog, my twitter account, and a distinct proclivity towards US Soccer and MLS.

I saw my uncle once again a couple of years back. He somehow knew that what I wanted was to discuss the game and to see his significant soccer library, his notes about soccer players, his relationships with individuals and his philosophy about soccer. "I follow the players," he said. And then I realized that so do I. It's not just about the games for us. It's about a player's tendencies, reactions and personality on the pitch.

This post is to honor a legend in the soccer media. Mauro Velasquez Villacis was recently awarded the "Most Illustrious Citizen of Guayaquil" award. It was given to him for his dedication towards sports journalism in Ecuador, for what he brought to the history of his country and the world at large, for the honesty and directness he employed in his work. They called him the "human computer" for his otherworldly wisdom, and most of all the award was given to him for his kindness and decency. He is an example for future generations in an age in which the public is increasingly critical of journalism, something that in his case is completely the opposite. He received an extended standing applause and was humbled to receive the award. His soccer language is as sophisticated as the use of his Spanish. Quoted by many. Respected by most. An icon in my life. 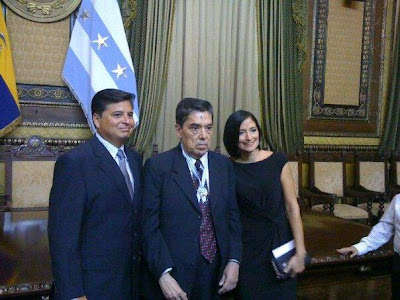