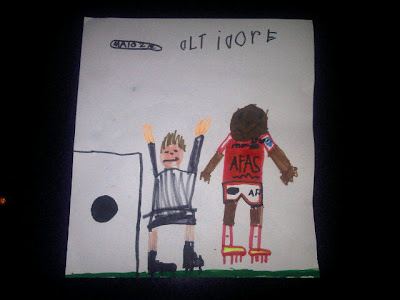 It wasn't long ago that New York area fans watched with optimism as their teenage sensation, Jozy Altidore, scored his first goal for the Red Bulls against Columbus after just weeks since playing his first match for the team. The future looked bright and their young star was ready for the stage. He scored in the playoffs in 2006 and continued to be a stalwart for the Red Bulls until 2008, amassing 15 goals in 37 league games.

Altidore not only looked good in MLS action. He also excelled on the international stage. He broke through to the national team in February 2008 when he scored against bitter-rivals Mexico in a friendly match. After that, Altidore would be a permanent fixture in the forward rotation for the Stars and Stripes.

Success internationally also brought him a lucrative contract with Spanish giants Villarreal. His transfer was the most expensive in MLS history at $10 million. But he was low in the pecking order with the "Yellow Submarine" and only managed 1 goal in 6 appearances in his first semester with the Spanish team. A crippling loan to Xerez of the Segunda Division gave him no playing time during the winter-spring of 2009. But he did score with the national team--including a hat trick in World Cup Qualifying.

Things seemed to change overnight for Jozy when he scored against Spain at the Confederations Cup. He also forged a formidable striking force with Charlie Davies. This gave him another loan opportunity with Hull City. He scored for the English Premier League team once in Cup competition and once in league action. But his sparse scoring and diminished playing time took its toll on the youngster. He entered the 2010 World Cup with a degree of trepidation and many fans and soccer media started to think of him as another failed young star.

But let's give credit to what he did do at the World Cup: his header-pass to Michael Bradley against Slovenia meant the score was tied and a vital point was given for the United States. His low center pass to Dempsey at the end of the game against Algeria eventually led to Landon Donovan's iconic goal in stoppage time.

Jozy returned to Villarreal and began to score for them in Cup competition. He enjoyed a few games in the Europa League but it was clear that he was too far down in the pecking order to be a starter. Another loan--this time to Turkish side Bursaspor--changed his surroundings and gave him more playing time. He only scored for them once, however.

Altidore returned to the national team during this past summer's Concacaf Gold Cup and scored twice before going down with an injury. It was the Jozy of old and it looked like we had him back. Soon after, it became known that he was joining AZ Alkmaar of the Dutch Eridivisie on an actual transfer.

AZ was what Altidore needed. He scored as a substitute in his first league match and scored twice more in league action. More importantly, he scored 4 goals in 4 games in Europa League play, helping his team advance to the group stage. That's 7 goals in just two months. Our prodigal striker is back.

Josmer Volmy Altidore is a different kind of player. He's a tall, fast striker that can hold the ball and can use his significant physical attributes to control his game. He may have joined the wrong team at the wrong time when he became a Villarreal player. Lack of playing time at just 18 is difficult to shake. A depletion in talent at the forward position for the United States also didn't aid in helping him regain confidence, as most of the pressure was on him to produce.

It was a series of unfortunate events in his soccer life that spurred Jozy's intermittent development. For Adu, young stardom came at a price. For Altidore, learning from past mistakes enabled him to overcome obstacles. And yet he still struggled abroad. But by continuing his play for the US national team and by finding an environment suitable for his skills, the 21-year old has finally found his place. Here's to a few more years in Holland. Here's to at least two more World Cup cycles with our star striker. Here's to you, Altidore. This is why we wear your jersey to soccer games.
Posted by R. Mera Velásquez at 2:54 PM