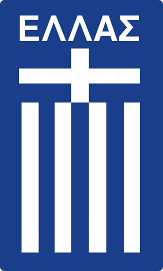 Greece is a relative new-comer to world football and, as so, makes this entry relatively short. Greece has entered the World Cup only once before this summer's tournament (1994). They have also been to the Euros on only two occasions (1980, 2004). And yet, as I write this I'm also reminded of their dream run at the 2004 Euros, beating both defending-champions France and hosts Portugal (twice). Indeed, never underestimate the Greeks. 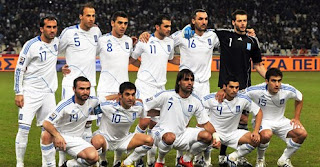 Greece's place in my World Cup memories is unfortunately based only on their 1994 outing. They were put in a group that included fellow-newcomers Nigeria, Bulgaria and Maradona's Argentina. This would become Diego's last official tournament. Greece actually started off against the mighty Argentinians. It was a 4-0 thrashing with a Batistuta hat-trick and Diego's last-ever goal wearing the Argentina jersey. His celebration after a wonder goal from the edge of the area is now regarded as iconic. Greece went down by the same score against Bulgaria, and yes, this was Hristo Stoichkov's tournament, and yes, he scored twice. Finally, it was Nigeria's turn, and the new African fan-faves did not disappoint and went on to beat the Greeks by the score of 2-0.

To what's in store for the Greeks in 2010? Argentina (again), Nigeria (again), South Korea. Not an easy group at all. Then again, Hellas may have a chance given Argentina's troubles in qualifying and Nigeria's short-comings at the African Cup of Nations, and South Korea's inability to break into the second round outside of home turf. Their weapons includes Nuremberg's charismatic Charisteas, Liverpool's Kyrgiacos, Bologna's Moras, Celtic's Samaras, and Salpigidis of Panathanaikos. 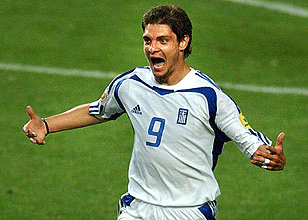 Was 2004 a football aberration or does Greece have what it takes on the world stage? Are they going to rely on defense and become another Italy or will they play more aggressively? Their victory in the playoff against Ukraine was boring at best and a snoozer for sure. Sadly, neither team deserved to be at the World Cup aw, say, Russia, Ecuador, Egypt, Sweden.
Posted by R. Mera Velásquez at 10:33 PM

Most...boring...team....ever....zzzzz - Okay, maybe Italy is worse. If they play I will recommend watching the tape as a likely cure for all insomnia patients.