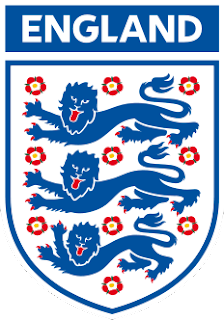 Back to our World Cup memories series. This time it's England, the birthplace of football, home to the best players and the best league. However true this may be, they have won the World Cup on only one occasion in 1966. This time they are pitted against the USA and open group play against them. England has also failed to win the Euro championship, having only reached the semifinals in 1968 and 1996. Their win in 1966 is riddled with conspiracy theories but their victory against West Germany 4-2 stands.

My World Cup memories of this storied team begin with the first tournament in my memory--1986. This was the tournament of Peter Shilton and Gary Lineker. It was the tournament of Maradona's hand of God. It was a tournament in which perhaps England should have reached the semifinals. They were pitted alongside Morocco, Portugal and Poland in the group stage. A loss to Portugal in the opener sent shivers down fans' spines, but a tie versus Morocco and a win against Poland were enough to see them through to the next phase. There, they met Paraguay and dispathed them 3-0 thanks to a brace from Lineker. Highlights include Lineker's goal in the 81st minute close to a half hour after Diego's masterful goal as well as the infamous one. Lineker's header looked reminded me of Pele's in the 1970 World Cup final against Italy. We should note that Gary Lineker was the top scorer of that tournament with 6 tallies. 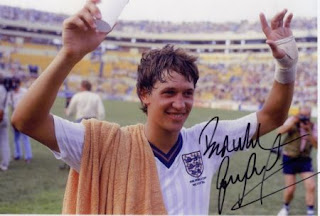 In 1990, England was keen to erase bad memories from the previous tournament. They were placed in the group that included Ireland, Netherlands and Egypt and won the group undefeated, winning one and tying two. Next they met Belgium and defeated them 1-0 in extra time. A similar nail-biting match awaited them against World Cup surprise, Cameroon. England was down against the "indomitable lions" 1-2 when Lineker struck the equalizing penalty in the 83rd. A second penalty in the 105th minute, again by Lineker, sealed the game. Their semifinal match against eventual-champions Germany ended in a 1-1 tie, forcing penalties. Pearce and Waddle missed their respective shots and Germany won the shootout 4-3. The English would go on to lose their third place match against host nation Italy. Schillaci's penalty late in the game served to give the Italians their consolation prize; it also served to make Schillaci the top scorer of 1990.


England failed to qualify for USA '94 and returned in 1998 hoping to rekindle the magic of 1990. France '98 was David Beckham's tournament as well as Michael Owen's. They were placed in the group that included Romania, Colombia and Tunisia. They lost against the Romanians but victories against Colombia and Tunisia were enough to qualify them for the round of 16. It gets interesting at this point because they face Argentina. Memories and feelings from '86 were still ripe. Beckham's red card played its part in the match. They were tied 2-2, went to penalties and bowed out of the tournament. 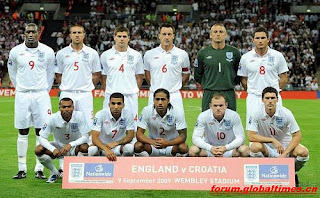 Korea-Japan 2002 would serve to re-energize the team. They were in the "group of death" with Sweden, Nigeria and (yes) Argentina. They would go on to tie the Swedes and beat the Nigerians. Beckham exacted his revenge and scored on a penalty to defeat the Argentinians. A second-round goleada over Belgium pitted them against Brazil in the quarterfinals. After going 1-0 over the Cariocas, goals by Rivaldo and a young Ronaldinho concluded their stay in the Far East.

In Germany 2006, they had an "easier" group with Sweden, Paraguay and Trinidad and Tobago. England has been unable to defeat Sweden in a World Cup and this time was no different. They won their games against T&T and Paraguay. In the round of 16 they faced an unfamiliar foe--Ecuador. The English media was outraged that it had taken a lone goal by Beckham (off a free kick) to defeat this "limited" South American side. Rooney would miss the game against Portugal and Scolari's team took them into penalties. Both Lampard and Gerrard failed to score and England once again went home in the quarterfinals. 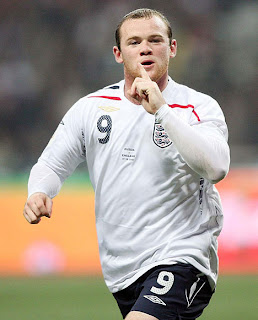 What's next in 2010? The USA, Slovenia and Algeria. They have an advantage over the US in that several of their players are in the Premier League. This may also count against them, however. Slovenia and Algeria had more trouble accessing passage to the tournament and, as such, can be considered relative "minnows." Do remember that the Slovenians knocked out Russia and that Algeria defeated Egypt (African champions). We're likely to see plenty of Rooney (arguably playing his best soccer at the moment) and Lampard and Gerrard. If this sounds familiar, well, it should. England is in need of new talent. Will it be Walcott? Sean Wright-Phillips? Will the team be hampered by the loss of Beckham or distracted by the Terry-Bridge drama? We won't know until they play their opening game--against USA. We will build on this later.

What are the chances of Bent playing on the side? He is stranded all alone up top at times by Sunderland, but has an incredible scorers knack for finishing the chances he gets. How do you think he would pair up with the obvious choice of Rooney?

I'll have to observe him better. Rooney is a center forward at this point so he requires good passing from the flanks. If Bent can pass well and feed Rooney then there's a chance we can see them together. I prefer Defoe. Goal-scorer and not stingy. Rooney can be stingy but he's too awesome right now not to be. All the great ones are stingy at times.