Gold Cup 2009: From B teams to amateur sides 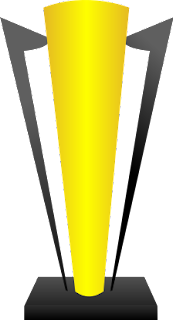 Concacaf has chosen to have a biannual tournament with its conference members. Fair enough. But here's the deal: only one of the two tournaments qualifies the winner to the Confederations Cup (played last month with the US as representative due to their title in 2007), the tournament is always played in the US (no Mexico, Central America, Caribbean nations can host it), and the tournament (at least the second one) has very little in the form of top stars and important players from the more prevalent countries, i.e. Mexico, USA, Honduras or Costa Rica.

So is it an important tournament? Hardly. Is it overkill? Yes. Is it worth it? Only as warm-up and/or practice for B-teams from Mexico, the US and other Concacaf teams. Am I alone in this line of thought? Absolutely not. There is a score of players and coaches (including Bob Bradley and "el Vasco" Aguirre) that have decided to call B-squads that sometimes look like C-squads. The US itself was allowed to call up or dismiss various players due to the tournament's close temporal proximity to the Confederations Cup. Dismissed have been Steve Cherundolo, Charlie Davies (to join a new club), Freddy Adu (disappointing Gold Cup after no appearances), Michael Parkhurst, among others.

And the list goes on in terms of Gold Cup bashing. Prominent commentators like Andres Cantor and his Futbol de Primera crew have publicly voiced their concerns for this tournament seemingly meaningless nature. The quality of the competition is simply not present. Shouldn't we limit this tournament to a 4-year interval like the Euros and Copa Americas? Shouldn't it be a top flight competition with Donovan, Guardado and other stars as prominent participants? Shouldn't the host nation be rotated the way it is everywhere else?

In the meantime, it seems that all is definitely not well with Mexico, even in a medium-grade dress rehearsal like Gold Cup 2009. Now Javier Aguirre is showing his discontent with the mess that is the Mexican national team. The footage below shows a sore point in Mexican soccer: a tie with lowly Panama and a foul (a foul?) by the coach Aguirre. The man will serve a 3 match suspension.

Does Bradley have something against Edu? It seems he hardly ever gives him a shot.

Edu was injured and had a surgery. He'll be available in the fall.