The Replacements: US falls to Mexico 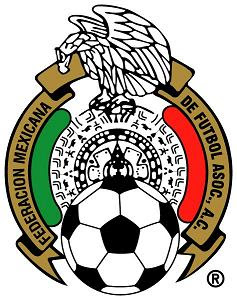 A word of caution. Never underestimate the power of a soccer power. Yes, Mexico is a soccer power. Relativistically speaking, of course. As I've said before, if the Concacaf were Conmebol then Mexico would undoubtedly be its Brazil. Years of history, two world cup tournaments as hosts. Quarterfinal losses in 1970 and 1986. Stars like Hugo Sanchez, Carlos Hermosillo, Jorge Campos, Luis Hernandez, Claudio Suarez. We can go on with this list. The point is you can't show up with your C squad and hope to come away with a win against an experienced B squad in Mexico. That's why the US lost today. That's the price to be paid for assuming that our "home turf" and "recent history" is enough to overcome the obvious: the Mexican side is far deeper in terms of quality.

It's true, we had the Confederations Cup right before the Gold Cup and our guys need to rest and/or get back to their respective teams. We also jump right back into qualifiers next month... August 12, against Mexico in the mythical Azteca. But why not play the guys that were obviously the subs in South Africa? Why not let Brad Guzan get a full slew of games? Why not keep Cherundolo for the whole tournament and call up Califf also? Why not keep Adu, Torres, Kljestan in the line-up? That would at least have been our "B squad." Mexico brought theirs. They stuck with Medina, Ochoa (a top goalkeeper), Miguel Sabah, Guille Franco, Carlos Vela, Giovanni dos Santos.

That's where the game was lop-sided. No one with enough experience and/or mileage was left in the US national team to play against a half-full Mexico. Yes, that wasn't the star-studded Mexican team on the field either, but they sure weren't pushovers. Digging into MLS is great, it's crediting our game and our league. Digging into the Mexican Primera is something completely different. Far more history and infrastructure. Not necessarily quality, no. It's the development of players and the competition within the league. It's the fact that relegation is enough to make a team fight that much harder for every game. It's the prestige of being in the Sudamericana or Libertadores.

I think that today was a lack of respect on several fronts. To the fans for using a C-squad against a top world soccer team. I love the guys that played, they are great players but they are also "potentials" at the moment and "supersubs" at best. It was also lack of respect for the rival... and they showed us why. It was lack of respect by Concacaf for scheduling what they know is a pointless rendition of a tournament that should only take place every four years and with rotating hosts.

In the end this game isn't that important in the world scene for all the points described above. August 12 matters. Anything short of a win by Mexico will be a disaster. Anything but a loss for the US will be further proof that our "A squad" is for real. I can't wait.
Posted by R. Mera Velásquez at 10:07 PM

Even if the US soccer team didn't have their best players (the ones from Confederaciones Cup or whatever) Still was a winning team and to tell you the truth, the mexicans supporters were hoping to play against Honduras, not USA. But that's the beauty of soccer, when inspiration strikes, the players can write a poem with the ball.

I give full credit to Mexico.