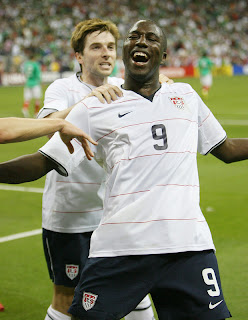 As most of us die-hard fans had hoped, Jozy Altidore has moved (on loan) to Spanish second division leaders Deportivo Xerez. It couldn't come at a better time. Jozy was struggling for playing time at Villareal (current former club), and with good reason: The "Yellow Submarine" boasts the likes of Llorente, Guille Franco, Nihat and Giuseppe Rossi up front. Although a good majority of them succumbed to injury last season and Jozy got some playing time, his time on the pitch amounted to just 6 games and 1 goal. Now, however, comes a chance to play full matches for a team that could be headed to La Liga next season as long as they keep their form. Admittedly, this is by no means the high tier competition that he's been playing against but it is some competition nonetheless. I had also argued that the style of play in the Spanish second division (Liga Adelante) is above the of MLS not in terms of quality but of season layout and roster depth. I can say that any one team from MLS can beat an Adelante team. It's just about player conditioning that gives Altidore the opportunity for continuous top level play. 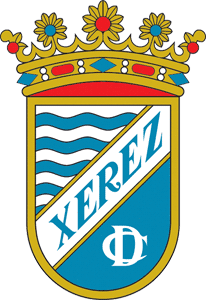 Xerez is also a team that up until now has been relatively quiet in terms of achievements. The team was founded in 1947 and had its best season in the 2001-02 season but failed to make it to the first division at the end of the season. What better chance for Jozy to have an outstanding season? Hopefully he'll play this weekend and maybe next weekend, then gets called up for the qualifier against Mexico, and why not.... scores on Mexico.
Now if only Adu got a chance like this.
Posted by R. Mera Velásquez at 2:13 PM