CONCACAF Revolution 2: Pirates of the Caribbean 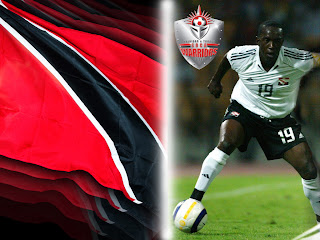 In a previous post I had stated that the whole of central America would make a splash in WCQ. I stand corrected. With Guatemala's awful loss at lowly Cuba, El Salvador's ridiculously easy group with Costa Rica (always a favorite) but with Haiti and Suriname (!), Honduras' unraveling in the group of death and a resurging Jamaica with wins at "the office" (Kingston national stadium) against both Mexico and Honduras, things suddenly swing away from Central America to the nations of the Caribbean. So much for all the promise the youngsters from Guatemala, Panama and Honduras showed in Olympic qualifying and an awful Canada that failed to get its act together. Granted, Jamaica still needs a little help from Mexico in the aztecas' visit to Honduras and at least a 6 goal difference against Canada when they visit Kingston next month, but they suddenly look very good. Mexico is forced to win or tie versus Honduras in order to get in, which makes that match even more special. T&T looked good yesterday against a very young and inexperienced US squad that lacked killer instinct with a nullified Kljestan, quiet Torres and poor central defenders. Gooch and Boca still have a job, sadly. Even though I was watching 4 games at once, I still saw enough of the US game to realize that they were not trying quite as hard as they could have. Dwight Yorke definitely has some years in him but the former Man. U. player can still score, as he proved yesterday. I really doubt the US will go down to Guatemala when they play next month at what is sure to be an ice box in Commerce City, Colorado. I agree with Steve Goff that T&T in the next round would be better than Guatemala for venue purposes in the home matches (most cities qualify). Jamaica is also better for the US in the hexagonal, especially if we play them in say, Utah or Colorado. Jamaica has their fans and stadium on their side and can arguably sneak into 4th place at the hexagonal where El Salvador looks, for now, to claim the cellar. So, as it sits, the hexagonal could look something like this:
USA
Costa Rica
El Salvador
Mexico
T&T
Jamaica
Barring any further upsets, count Mexico in and perhaps Honduras as well if Jamaica fails to score on multiple occasions against Canada. Guatemala needs a miracle to top T&T. From there I think I like USA, Mexico, Costa Rica and Jamaica (Honduras). Agreed?

Wow, that post was almost as complicated as you watching 5 different games with two different medias at once!