Becks on loan to AC Milan: the dangers of a short season 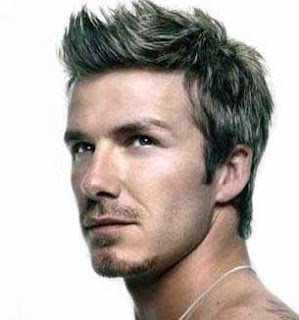 April to October. November for the ridiculous playoffs. That's the MLS season. Some wonder why teams like the New England Revolution, DCU, Chivas USA with players like Marcelo Gallardo, Twellman, Sacha Kljestan could possibly lose to lowly Panamanian Tauro or Caribbean side Joe Public. No wonder Beckham will be going on loan to AC Milan for the duration of the long MLS break. Who's to blame? That's complicated. Assuming the loan is for the winter months and that Milan officials are expecting him to play for the remaining of the season in 2009 and possibly the UEFA cup then he would effectively be missing two months our of the 2009 MLS season (April and May since April 15 marks the end of the MLS transfer window) and possibly March if MLS officials decide on a longer season. In all fairness, continuous competitive play would keep Becks healthy and in good standing for future call-ups to the national team by Capello. In terms of the MLS, however, Becks's move would hamper ticket sales and credibility in the league both domestically and abroad.
Some of the "blame" could go to the salary cap currently imposed at MLS. I say "blame" because in reality it's not such a bad idea. I think that the minimum should be raised, however, from $9,000 to at least $30,000 and while also raising the team-wide cap by at least 2 times as much whilst at the same time keeping the competitiveness that reigns in MLS. Let's not forget that many European leagues are starting to look at MLS's salary cap as an important way to cut their expenses and encourage more competitive leagues instead of having the same 4 teams always at the top of the table and always present in the Champions League.
Another factor is the general lack of depth in MLS. When a team like Man City loses one or two forwards, they still have players that would be indisputable starters in other teams (Nery Castillo, Felipe Caicedo). Here in the US if DCU loses Moreno or Emilio they sometimes turn to midfielders like Quaranta.
There's definitely a danger in the Becks loan to Milan. Some say the move could be permanent at the end of next season. That would be atrocious for the league since they would lose the new fan base that may have taken a few more years to become permanent. Still, the LA Galaxy's ridiculous record (no playoffs for two seasons and over 50 goals against this season) is easily another factor. Ultimately, if Beckham goes, everyone loses here in the US and the only consolation prize may be the Designated Player rule--maybe adding an additional one won't hurt. Bringing players like Henry, Ronaldo and Figo may attract some fans but nowhere near as many as Becks brought to our shores. A longer season a-la-Europe may be a tough sell at this point but then again so is the idea of a single table due to the extreme distances between cities in this country. Another option is the two tournament style league that dictates, in South America and Mexico, places in the Concachampions, Sudamericana and Libertadores. Gazidis and Garber have hinted at future changes in scheduling. That is a start. But with the Becks dilemma and poor showings internationally, things suddenly look difficult for MLS... and they're thinking of expansion cities.
Posted by R. Mera Velásquez at 8:58 AM

The Premier League should definitely add a salary cap - since they can stash almost infinite players there are lots of potentially exciting players like Altidore who never get a chance to play. And I agree with your argument that the league would be more competitive. The NFL has become a much more even and exciting league since they went to the salary cap some years back.