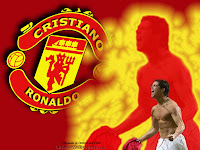 Manchester United wins. Surprised? Shouldn't be. Even though the game was essentially a toss-up and Chelsea controlled the second half and the overtime sometimes teams bound for greatness have lady luck on their side. Don't get me wrong, I'm all for Man U, but I also wanted to see Chelsea win and witness the immediate future of Avram Grant as well as the look on Mourinho's face. Let's face it, however, Mourinho built this squad and Grant inherited it last year after squabbles between Abromovich and Mourinho hit a point of no return. We also have to give credit to a myriad players from all around the world: homegrown talent in Terry and Lampard, the wizardry of Ballack, Essien and Drogba, as well as Petr Cech's performance under the woodwork. This is a team flooded with stars that actually got the job done (nevermind the Real Madrids and Barcelonas). This brings me to another point: as I stated in a previous post, the EPL is the best league in the world right now. It doesn't matter how many star players are in teams like Real, Juve, Inter, PSV, etc, where a similar amount of stars in the EPL just seem to get the job done better. It could be said that some of the less important teams in England provide more competition for the big 4, or maybe the coaching or scouting is better. But then again world class players such as Ronaldinho didn't get their start in England, and neither did Cristiano Ronaldo or even the ex-Arsenal Thierry Henry. Whatever the reason may be, the EPL continues to set the pace for world football and continues to dominate the Champion's League, even if it does not win it.
But what about Man U? Cristiano Ronaldo. Enough said. The undisputed best player in the world at the moment. Who can deny his class and sublime touch of the ball? The likes of Rooney, Tevez, Giggs, Scholes, Anderson, Ferdinand and co. only add to this team's depth. Ronaldo's goal was nothing short of spectacular and brings to memory the Pele header in 1970 against Italy as well as Gary Lineker's strike versus Argentina in the quarterfinals of 1986.
So what's missing from the game? Well, for those of us out there that shun at the thought for watching MLS games when we can watch the great leagues of the world there's something else that would add to the game... why not have an American star in one of these teams? GK Tim Howard nearly made it so in 2004 but fell short of making it to the tournament's final. So who could be an American star in Man U or Chelsea? Let's look more closely at a potential, albeit short list:
All in all I think having an American star in a Champion's League final would finally bring the casual American soccer viewer to realize the true potential this country has to offer for the world's game.
Posted by R. Mera Velásquez at 2:38 PM

Is Brian McBride still playing in England or did he return to the US? Enjoyed the Champions League final and am super-excited that ESPN is apparently going to cover the European Championships this summer.