Altidore to the Premier League: what it means to the player, the team and US Soccer 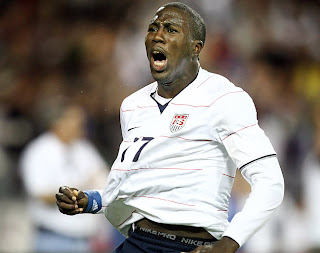 Yes, it was confirmed by Jozy Altidore himself on his twitter site. The 19-year-old American phenom is moving to the English Premier League's Hull City. In it, the team's manager has assured Jozy that he will be a starter throughout the season. This is excellent news for the player, the US national team and American soccer in general. Where Freddy Adu has not been as much of a factor in the international scene, Jozy has picked up the role to become the next chapter in a rapidly evolving American soccer scene.

It began with an intrepid, stealthy and lethal combination of skill, size, and overall treatment of the ball by Altidore. He showed it at 16 in his first season with the New York Red Bulls by scoring important goals. He continued this form in 2007 and 2008 and was signed by Villarreal for an MLS record $10 million. Time in Spain was limited due to depth at the striker position with Rossi, Nihat, Franco and Llorente but he played 6 games scoring once. Even though his loan to second division Xerez saw no playing time, the man still lit it up in qualifiers for the US national team with 4 goals. And then there was the Confederations Cup, an excellent game against Egypt setting up Davies's play and the score-opener against Spain in the tournament's biggest shock. Winning that semifinal game and entering a FIFA final versus Brazil cemented his place in the big scene.

So what does this move to the EPL mean? To him, a chance to play regularly and to blossom as a player. This so-called relegation-bound team is just what a young American player needs. Look at what it has done for Dempsey in Fulham and Michael Bradley at Monchengladbach. They became starters, they scored goals, and they exploded internationally. 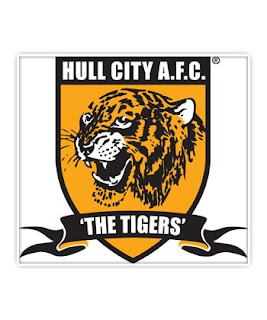 To Hull City his move means having a firecracker for a player. Someone with enough poise and subtleness in play to take on the Ferdinands, Terrys and Lescotts. A youg player with a hunger for playing time and a nose for goal. It is also a player looking to impress and attract attention from bigger clubs. This is how small clubs survive.... and profit.

To the US national team it means great depth in the attack. It means a star for another 3 World Cup rounds. It means attention and respect from other teams. And it means that we can answer the Dos Santos and Velas that our Mexican foes have in their arsenal.

And for fans it means fantasy and magic.
Posted by R. Mera Velásquez at 8:47 PM

Glad to see it, can't wait to see him on the pitch.

his build and playing style certainly lends itself to the EPL. He's not good at facing up to defenders, but his abilities with his back to the goal, and also in the air are EPL-worthy.