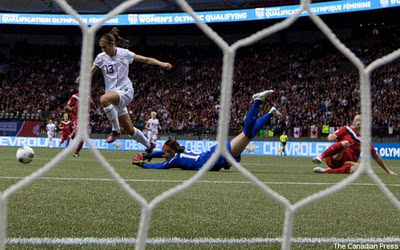 There was a dream once that the United States would become the hub of women's world soccer. When the 1999 Women's World Cup drew to a close with Brandy Chastain's dramatic penalty shot, it gave the game legitimacy, followers and believers. Sadly, however, this did not translate to a professional league.

At one point there was a chance that women's soccer could piggyback on MLS in the early 2000s. At that point, however, MLS was undergoing contraction and reorganization. This may or may not have influenced the decision to remain as a separate entity. Thus, WUSA (Women's United Soccer Association) was born in 2000 but folded in 2003.

It always comes down to economics in world sports. For WUSA, a combined loss of $100 million was too much to bear. For MLS, significant losses also accrued early on but the league went to great lengths to stay viable until new stadiums and ownership allowed for some teams to make profits.

In 2009, Women's Professional Soccer made its debut as the premier league in North America. Names like Wambach, Marta and Solo highlighted the competition. It was thought (hoped) that these stars would capitalize on recent efforts (2008 Olympics) to catapult them to permanent sport status. The tournament included only six teams and problems with magic.jack caused it to suspend operations in 2012, despite the face that the ladies have qualified for the Olympics and could use competitive practice.

Will the ladies go to Europe? At least some of them will. The rest will take part in residency operations with friendly matches as warm-up for this summer's London tournament.

Sadly, it seems that women's soccer in this country is nothing more than an Olympic sport. By that we mean that it is closely followed during the Olympics and the World Cup but nothing beyond that. We all cheer for Hope Solo and Abby Wambach when they reach for glory but this dies down after the major international tournaments are over. Aside from a few friendlies, these athletes mostly go unnoticed. Such is the case for Olympians like Michael Phelps, among others.

Unlike the WNBA, which sees some profits in a few venues, the economics of of women's soccer haven't picked up at all. This is despite the fact that soccer is the number one sport for girls through high school and also has great importance in college.

So what will it take for women's soccer to be accepted as a year-to-year sport that matters? More support from fans? Ownership? Sponsors? Or maybe there should be an alliance with MLS. NBA subsidizes WNBA losses. If MLS is able to increase its revenue it could schedule women's games as doubleheaders with men's games. And let's try the Pacific Northwest for once. I attended a friendly versus Canada in a sold-out Jeld-Wen Field. And you have to start somewhere.
Posted by R. Mera Velásquez at 1:15 PM

Some good ideas. I didn't even know they had a league so they do need some press. Maybe they should hire Tim Tebow to give an occasional shout-out, he sure seems to get on TV a lot. Also, the ladies play well technically, but the speed of the game is a bore. I suggest they be allowed to ride scooters during play or maybe a segway - good way to combine two failed products and make one successful one.