No Austerity: The 2011 Winter Transfer Market 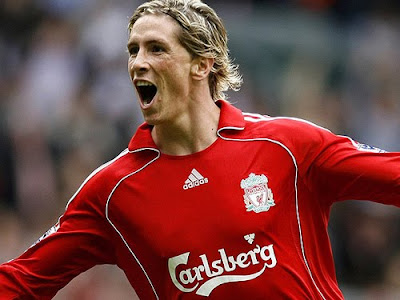 There is no great recession. Not in sport. Not anymore. The Barclay's Premier League shelled out $345 million in order to revamp, reshape and restructure its major financial players: the big teams. It was Liverpool, Manchester City, Tottenham and Chelsea that ruled the direct deposit channels. Will this really change the way the game is played?

A few things are true: Fernando Torres ($79.5 million from Liverpool to Chelsea) was no longer happy with mid-table dwellers and Abromovich's Chelsea was ready to add oxygen to the fuel of its already-impressive attack (Anelka, Kalou, Drogba). Manchester City unhinged itself from under-used Adebayor only to snag Bosnian phenom Dzeko. We will hear that name more often now. But Liverpool didn't just lose one of the world's best strikers, they also made up for it with Newcastle's Andy Carroll and Ajax's Luis Suarez (yes, Mr. "hand of devil" versus Ghana). A better deal, given Torres' decline.

Real Madrid continued to splash the cash by snagging up Adebayor, but in the process they also lost their prize by falling far behind Barcelona for probably the final time this season. Mourinho, "the Special One" has some walls and isn't invincible.


Who's paying for all this? Abromovich is not the tycoon he once was and Chelsea reported a loss of 75 million pounds on this very day. Liverpool has a larger wallet now in the form of the New England Sports Ventures. A quick interview on Fox Soccer Channel showed just how serious the team was to John W. Henry. A toast to you.

Other "loan" moves included a few familiar names: Altidore (to Bursaspor of Turkey), Michael Bradley (to Aston Villa), Freddy Adu (Rizespor), Jermaine Jones (Blackburn Rovers). A loan implies part of the salary is paid by the lessee and the rest by the owner. In any case, a better chance for some of our compatriots. Other moves included Jefferson Montero (Villarreal to Levante) and Giovanni Dos Santos (Tottenham to Racing Santander). Read up on some other interesting deals here.

So, are we coming out of our austerity period? No, it's still the roaring 20s or surplus 90s.according to the soccer Gods. Is there a limit? MLS tries with its salary cap, but their "designated player" rule allows for 3 overpriced (a.k.a. Beckham) players in each team at their own discretion. This is, after all, a capitalist nation and a capitalist world, right? Sometimes it takes an idea, a special talent, to recognize that excess money doesn't always buy the best. Some teams sit still, sit quiet, spend gently and purposefully, and win championships.

Guessing you allude at the end to Man United who stood pat. Hard for them not to be happy with their success so far this season even if they haven't been as dominating as some of their supporters demand of them.
I agree I was surprised to hear Chelsea had spent so much on an older striker a day after announcing they lost so much money last year despite two trophies.

Yes, Man U and Barca... not too much spending this mid-season.

Good call, obviously Barca has no need considering they are steamrolling everyone.