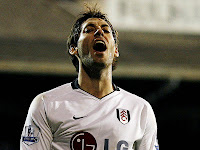 We must admit it. The English Premier League looks more and more Americanized every transfer window and at every position on the pitch. There are honorable mentions in the past decade like Carlos Bocanegra (defender, Fulham), Landon Donovan (forward, Everton), Brian McBride (forward, Fulham), Bobby Convey (midfielder, Reading), Jozy Altidore (forward, Hull City), DeMerrit (defender, Watford).

For now at least, we can mention Eric Lichaj (Aston Villa, defender) in the EPL group. But what does this all mean? To start, quality. This is the best league in the world and our best players make their trade there. And they don't just sit on the bench, they play and they score. Dempsey is #9 in goals scored in the league with 9 goals. Holden has two this season and was voted for the "best 11" in the first half of the tournament. Jones, recently acquired by Rovers, was an instant starter and has made quite an impression. Bradley steps into a loaded Aston Villa but full of potential and with an impressive repertoire (constant starter, goals for Moenchengladbach, Herenveen, and at the Confederations Cup and World Cup).

We must also credit the MLS for the current stock of players in the EPL. Howard (New York), Dempsey (New England) and Holden (Houston) are great examples of this link. Previously, Donovan (LA Galaxy) and Altidore (New York) also ascended through the MLS system to reach Europe. 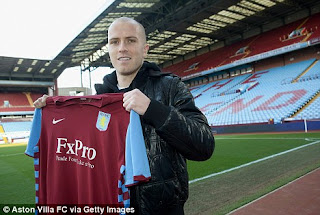 It is true, then, that the EPL is becoming more Americanized, and not just with bench-warmers. These are top players that showed their stock at the World Cup (not to mention that they tied England thanks to Clint Dempsey). The American system is clearly working well in the midfield, enough so that the best league in the world is constantly importing their talent. It also acts as an analysis point in terms of strikers and defenders. We aren't quite there yet. But when someone like Dempsey scores repeatedly it is hard to imagine that we don't have our own "Chicharito." We do. He's a bit older, a bit wiser, and plays for a team that allows him to be on the pitch for every match.

If this trend continues... eeeehhhhhhhhhhhh.

Alas tone of voice doesn't transfer well, it was a Simpson's quote. I don't know exactly how to spell eeeeehhhhhhh either. In summary, glad to see we are doing better and better in the best league in the world.