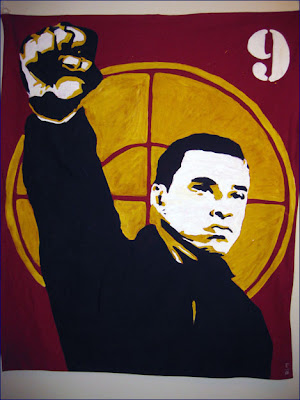 Charlie Davies, former US national team starter and Sochoux striker, will return to the pitch after nearly 18 months of inactivity due to a severe, deadly car accident. He will not do it in France, however. Instead, his trade has been taken up by DC United of Major League Soccer. It is a fitting reboot for the promising young attacker and one we shall be watching with great interest throughout the season.

Charlie Davies' story is one of heartbreak and disappointment, of miracles and resurrection, of sports and life, of love and fear, of courage and serenity. On the night of October 13th, 2009, Charlie broke US national team curfew to spend time with friends to celebrate the US' qualification to World Cup South Africa 2010. Destiny had other plans.

It was in the Washington, DC area that the car he was riding in went off the road, killing a passenger and severely crippling him. Broken bones, face, lacerated bladder, brain bleeding and little hope for a return to the soccer field. It is fitting, perhaps, that he has chosen to return to the scene of such pain in order to reclaim his spot in planet football.

I speak of Charlie in this way because I too had a similar accident. I didn't return to the field, no. My journey lay along a different path. But I stayed true to what I wanted to do in life and became more than I could ever have hoped. I can say that I understand his pain and his desire to live.

My family and friends spent long hours of vigil as autumn gave way to winter of 1998 in the Blue Ridge Mountains of North Carolina, hoping that I may wake up from this nightmare. It was their strength and belief that empowered me and which gave me the willpower to move again, to talk, to walk. Charlie saw the same. But for him it was the hearts of millions worldwide following on the internet, television and at the stadium, urging him to fight, to believe, to dream, asking him to be their hero. We shall always remember the 9th minute of the US - Costa Rica match, as fans in the stands jointly raised cutouts of the number 9, Charlie's number.

Charlie had a long recovery period with near-miraculous results. So much so that the Sochoux squad was hopeful of having him play the final matches of the 2009/2010 tournament. There was also still talk that he might suit up in South Africa. For me it was the same... from paralysis to walking unaided in just over a year.

As fate would have it, first team action was hard to come by for a Sochoux team deep in strikers. It was clear that he would not play in Ligue 1 this season and that he would have to be loaned in order to see time on the pitch. Then DC United stepped in. Coach and former-player (and team mate) Ben Olsen and DCU officials liked the prospects and invited him to try out for a week. Davies impressed by scoring and showing the drive that made him a lethal striker, the drive that allowed him to survive. And today his wish came true, as it did for countless fans throughout the country and abroad.

Charlie now has the chance to rekindle his soccer spirit in competitive action, to show that he's a survivor, a fighter and a believer, a hero for those of us in need of inspiration, a soldier for the weak and strong alike, constant, unwavering, unbreakable.
Posted by R. Mera Velásquez at 9:53 PM

Very nice, I'll be wishing him success in the MLS and a return to the US team one day perhaps.