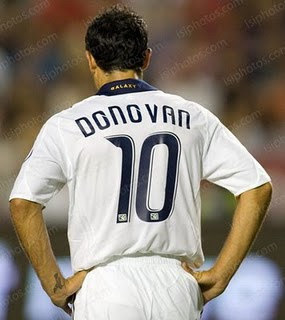 Today, Donovan may have answered this two-part question with one sweet shot. He scored his first competitive goal in the English Premier League for Everton in a match against Sunderland. Earlier this month, Donovan had remarked on how much he liked it in the EPL and how he would be looking at his future options in the coming weeks. Let's remind ourselves that he just re-signed with MLS and the Galaxy for a further three years. If Everton were to excercise the option to buy him, it would cost them as least as much as Jozy ($10 million). 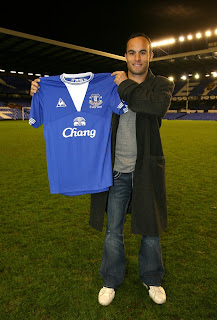 Is Donovan worth it? Put simply... yes. To a team like Everton and a league like the EPL, he's definitely worth it. He's a proven goal-scorer, has great work ethic, accomplished internationally (42 goals for the US and 121 caps) and in MLS (64 goals). Bruce Arena was quoted a few minutes ago as saying that he would be back on March 15th. Could we see another Galaxy Superstar saga like last year's Beckham fiasco with AC Milan? Wasn't Donovan criticizing Becks for his actions?

How the world turns... right? Enjoy the goal below.

Almost had two huh? I'd like to see him stay at Everton a little while - his success there helps to legitimize US soccer.