African Lessons: The Cup of Nations 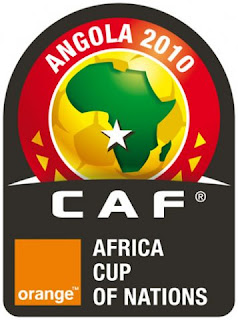 Africa is perhaps one of the richest and fastest-growing sources of footballers in the world. Just to name a few past and present stars Oman Biyik, Roger Milla, Michael Essien, George Weah, Makanaki, Didier Drogba, Solomon Kalou, Yaya Toure, Keita, Adebayor, the list goes on. Africa's tournament, however, lags far behind that of other confederations.

To start, the tournament takes place once every two years and always in the boreal winter and outside FIFA dates. Just like Concacaf's second Gold Cup tournament (one in 2009 won by Mexico with few starters from any of the teams actually playing), this one holds very little value internationally. The tournament has been a tale of dynasties, from Ghanaian rule early in the competition's history (1960s), to the Cameroonian domination in the 1980s and the awakening of the Nigerians in the 1990s as well as South Africa's entry and win in 1996. Recently, Egypt has won the tournament for two straight competitions. This, despite the fact that the "Pharaos" have not qualified for the World Cup since Italia '90. 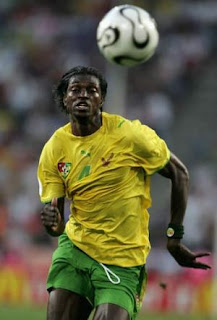 This year's tournament, held the year of the World Cup, collected all the well-known players (even when snow delayed Essien's passage to Angola) for a final apetizer prior to this summer's ecumenical event. Angola is a proud nation marred by political strife and terrorism. The unfortunate incident with Togo's national team (including Adebayor) was due to a dispute with the state of Cabinda (separated from the main Angola by a strip of DR Congo). I will not discuss politics here. It was a terrible tragedy to see people's lives lost to something preventable. A Ghanaian colleague of mine commented on how this looks so bad for the continent ahead of the World Cup. I said yes... and no. It's not Angola hosting, it's South Africa... and South Africa has proven it can be done--just rewind to last summer's Confederations Cup or catch Clint Eastwood's latest film release.

It has been a tournament full of surprises on the pitch so far. Angola, the hosts, were humiliated by Mali as Keita's team came back to tie it 4-4 after being 4-0 until the 79th minute. Algeria (USA's rival in their World Cup group) were humiliated by lowly Malawi by the score of 3-0. The plight of qualifiers doesn't end there: Egypt demolished Nigeria 3-1 and giants Ivory Coast were held 0-0 by Burkina-Faso. Where's the love? 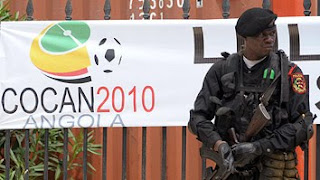 Indeed, only Cameroon and Ghana remain unscathed, if only because they have not played yet. Of the African nations qualified for this summer's tournament, only the "Indomitable Lions" and the "Black Stars" can say they are truly ready for the world to play them... for just a few more hours. I heard it remarked contless times in the soccer media today. Do we (Latin Americans & USA) have much to fear from these teams? Things sure change when it comes to the World Cup. Nothing is ever set. I've seen Algeria play and they can do a certain degree of damage. Let's not forget that this is Zidane's roots, we're talking about. I can also see Drogba scoring on Julio Cesar and swerving around Lucio any day of the week. Lessons to be learned, yes, from Africa to the rest of the world. The Africans came to play... and this time the ball's on their court.
Posted by R. Mera Velásquez at 9:14 PM