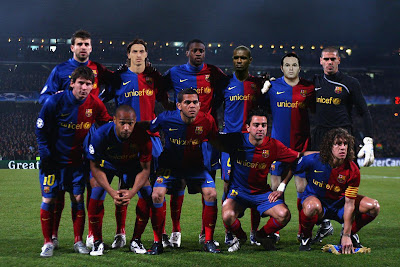 Move over, Real Madrid. Barcelona might just outdo you during the January transfer window. Never mind that the team already has Messi, Henry, Xavi, Iniesta, Dani Alves, Ibrahimovic, Pique, Busquets, Keita, Puyol, and counting. The latest from the BBC pipeline and other media outlets have confirmed that Barca is looking for further reinforcements emanating from the EPL... None other than Robinho (Manchester City) and Fabregas (Arsenal). 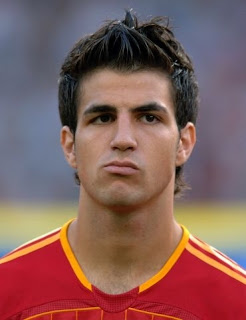 The addition of Fabregas would almost make the team have the majority of its midfield and defense be comprised of the Spanish national team. And who will they unload? Yaya Toure comes to mind. Bojan Kirkic, Jonathan dos Santos and even Thierry Henry are in danger (I see Henry staying until the summer window and then, possibly, to MLS). 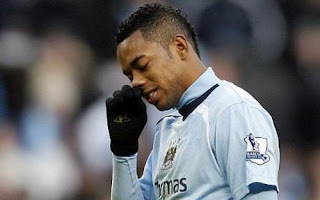 Will this shift the balance of power further towards the Catalan side? Yes, in Spain. Yes, in Europe. Manchester United are depleted after losing Ronaldo and also due to injury. Chelsea can cause some headaches but the quality and style of Barca is still superior. Arsenal will be left without a creative midfielder and Manchester City will have deep pockets but no talent left. So, if the two transfers above actually do happen, then Barcelona will rival some of the best teams in history. A repeat of the Champions League title might be on the horizon.. and the local cup and league too. It's just too much power.
Posted by R. Mera Velásquez at 10:11 PM

Definitely the biggest complaint I have about big time European soccer - only a couple of teams who really have a chance to compete each year due to the endless amount of money the top clubs seem to have available to spend. Reminds me of the New York Yankees :(

I hear ya on that. MLS and its salary cap actually makes the league more competitive. Otherwise, Real Salt Lake would have never won the tournament.