USA vs Mexico: So much for voodoo dolls 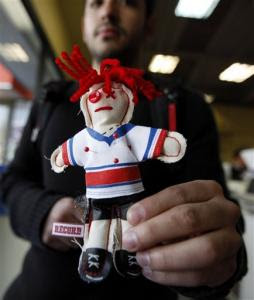 Justice. Plain and simple. All day, all week, all month I've heard this and that about how Mexico was finally going to beat the US in this, the first World Cup Qualifier game of the year and of the Hexagonal. The annoyingly partisan crowd at the helm of XM Deportivo was getting to me, I admit. I almost believed that this was going the be the game the US finally lost to Mexico. I couldn't have been more wrong. Bradley (coach's son), proved why he belongs with the big boys in the German Bundesliga and why he's here to stay at midfield for US for the foreseeable future. Donovan was muted by a stingy Mexican defense but still managed to disjoint his foes on more than one occasion.

Howard was superb. The US continues to be a goalie-producing machine (Meola, Keller, Friedel). In the end it also boils down to Nery Castillo's injury late in the first half and the ridiculous karate-style Rafa Marquez challenge on Howard. I argue that Jozy should have come in a bit earlier than he did and maybe Torres should have taken Kljestan's slot instead of Clark, although I see some wisdom in putting in a defensive midfielder. He could also have come in as a late sub for Dempsey or Beasley, but since the second goal came so late in the game it is understandable. Bradley's goals were opportunistic and lucky, but that's where stars and good teams shine. In the end no amount of US team voodoo dolls could do the trick for Mexican fans. Try some other witchcraft next time! 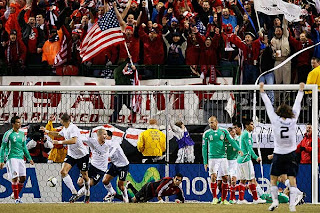 What did Kljestan (sp?) do to merit such a low rating? Do you think he should be removed from the starting lineup or even the team?

He was completely absent. The few times he was around he lost a lot of balls and too many errant passes. It's too bad because he's a really good player. One of the best of the younger players. He scored a hat trick against Sweden in January and was brilliant in the Olympics. Some say he needs to play better against more complicated opponents. This may be true. I think he just had a bad game.. maybe because he cut his trademark greasy long hair (Samson complex?)