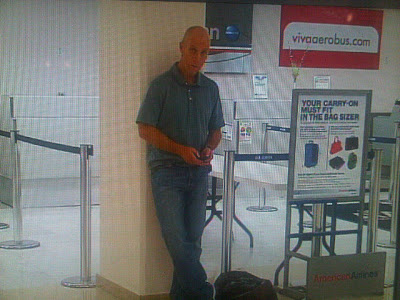 Much has come to light in recent weeks about where Bob Bradley, former US Men's National Team coach, will turn up next. Europe? Mexico? Africa? At one point, Bradley was rumored to be headed to Villa Park right after the World Cup. When his name was announced as US coach for the 2014 World Cup cycle all those rumors were quieted. But now that Klinsmann is the US coach, Bradley needs to find work. National teams such as Egypt and Costa Rica came calling. Even club teams in Mexico (Santos Laguna) held conversations with him.

But where will he actually end up? Probably Egypt unless something major happens. He's by far their top candidate. His pedigree as a good national team coach is recognized worldwide. Confederations Cup 2009 final, Gold Cup 2007 and winning the the group at the 2010 World Cup are highly valuable milestones. His style is also very conducive for middle-of-the-road teams searching for a way to hold a good defensive line against bigger teams such as Argentina, England, etc.

Bradley's failed hiring at Santos Laguna happened more because he is regarded a top adversary by Mexican fans and they wanted a Mexican to take the helm. They ended up with Benjamin Galindo instead. And yet, the very fact that he was contacted by the Mexican squad is enough of an exclamation point for soccer media in the US. Should he be successful internationally, the market for US coaches would be greatly expanded abroad.

Bradley's international possibilities are a testament to his strengths as coach and to the continuing ascent of US Soccer and Major League Soccer. He will undoubtedly always have a home in MLS and there are quite a few teams that could use his services.
Posted by R. Mera Velásquez at 6:16 PM