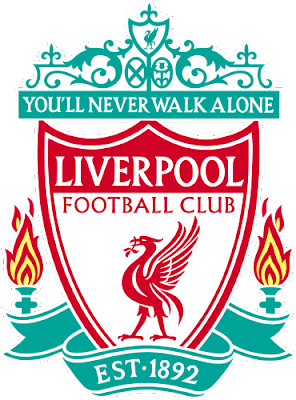 There are few clubs in the world with the fandom and recognition that Liverpool has. One of England's "big four" (includes Chelsea, Arsenal and Manchester United). Winners of 18 domestic leagues, 7 FA and 7 League Cups, 5 European Champions Cup/League (most recent in 2005), Liverpool doesn't lack silverware. And yet, at the moment, they are on the verge of collapse both financially and in the sport.

That is, until the New England Sports Ventures stepped in to rescue them from the precipice. Yes, another American ownership venture into the English Premier League. But this time the new owners are going to pay off the club's debts and will rescue it from going into administration and having a 9 point deficit (Portsmouth underwent the same ordeal last season). So is the team safe yet? Perhaps.

A couple of points, however. Within the Premier League itself, Liverpool has not won, at all, from the league's founding in 1992. So how is it that they've won the Champions League? Perhaps because the Champions League isn't really for "champions" of the sport only, it's more like "champions" of prestige and marketing. But that's another story entirely, and one that Michel Platini knows all too well. Further, the team has been in rapid decline ever since Hicks and Gillette took over: from Rafa Benitez's indecisions to a non-top-four finish, to early relegation battle. A downward spiral indeed.

Liverpool is another team that suffers from the international player bug. That is, less than a third of its Premier League roster is of domestic origin. Fernando Torres and Dirk Kuyt headline a heavily-international attack. This is commonplace these days, however, but it is undoubtedly part of the reason overspending occurs. Argentinians and Brazilians come at a high price. So do Spaniards and the Dutch. There are certain models out there with more home brews: FC Barcelona. Pedro, Villa, Zavi, Iniesta, Valdez, Puyol, Busquets, Pique are all starters and are all from Spain. Oh, wait, that's also almost the World Cup Champions. Food for thought?

The New England Sports Ventures owns the Red Sox, and, after acquiring them in 2002, saw the team win the World Series. Perhaps they should take over the New England Revolution from the Kraft Group? A soccer-specific stadium and acquirement of a world class player would save the dwindling fan base (games average close to 12,000 in attendance this season).

In any case, this is a time to pay tribute to one of the great teams of world soccer. Liverpool FC, a timeless institution that was on the brink of collapse and riddled with disrepair. With off-pitch drama behind them, Roy Hodgson and company can concentrate on the January transfer window and plan their return to the world scene. It's not too late. Not yet.
Posted by R. Mera Velásquez at 5:44 PM

It is really amazing to see them in the relegation zone, even if it is still pretty early in the season. As far as your idea of utilizing more home grown talent, I like it for English soccer whether Liverpool or some other team goes that way. You are right, coincidence it is not that the Spanish national team players are on the same club (for the most part) all year round - they have a tremendous advantage playing together so often.

I only heard from an outsider's perspective, but is it true that the New England group's purchase of the Red Sox made a difference in their fortunes (sports wise)?

I would have to say so considering the results. They won zero championships between 1919 and 2000 (about when they changed management if memory serves) and have won two World Series since. They copied the success of the Oakland A's, a small market team that managed to stay competitive by looking at statistics and player development in a new way and added to the A's GM Beane's approach a huge wallet. They would have been right in the hunt this year as well without a huge amount of injuries to key players.