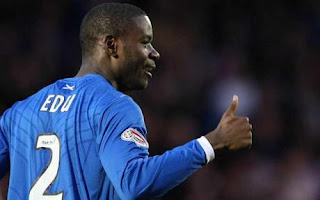 Maurice Edu (Rangers) and Jermaine Jones (Shalke 04) are two Americans enjoying success in club football's most prestigious tournament: The UEFA Champions League. They have both scored goals (even though Edu scored on his own team to negate the early tally). But, if we re-shift our focus to the US national team, and given the midfield, perhaps it is time for Edu and Jones to pair up together in midfield for USA. And yes, Michael Bradley should sit a game, or at least a half, out.
Why not? Edu and Jones partake in the Champions League, and although Shalke may be struggling at the moment in the Bundesliga, it is safe to say they are more experienced internationally than Borussia Moenchengladbach. We already know Michael Bradley is an excellent player, but we also have to measure performance by the quality of the competition they are involved in. 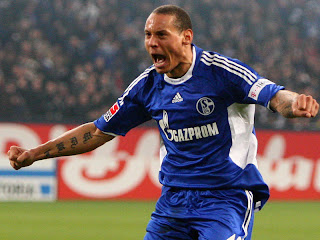 The truth is that all three players are "world class" and so far, at least in the last game versus Colombia, having all three players on the pitch is frustrating for both the midfielders and fans/media watching. It truly is a "three headed monster" if not developed correctly. But yes, that was a first try. But how many tries will Bradley have? Is a Christmas tree formation appropriate for the team with Donovan and Holden/Dempsey behind Altidore and in front of Edu/Bradley/Jones? Worth a shot, but so is the Edu-Jones tandem at midfield. At least a try.
Posted by R. Mera Velásquez at 4:10 PM