MLS season rewind: a look back 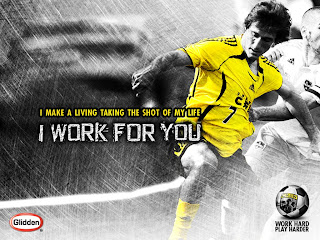 Winners and losers:
On the W side...
1. Columbus, Schelotto and company ran through the season burying teams like DC and LAG on their way to a Supporters shield and an MLS Cup. Sigi Schmid is the best coach in MLS and an X factor for any team in the league. Seattle, there could be a rosy future in hand. Outlook: Keep the Argentinean, add another one (Palermo?) and keep a strong young squad to restore MLS's name in the next Concachampions.
2. New York's up-and-down season ended with a bittersweet end. Their unlikely quest for glory came after losing Altidore to Villareal and Reyna to retirement plus a long list of injuries. Van Den Bergh held this team together for Juan Carlos Osorio and Cepero (plus some luck) delivered NYRB's place in the final.
3. Real Salt Lake bought up some new faces (Morales, Mathis, Espindola, Olave) that took them all the way to the play-offs, not to mention a wonderful new stadium in Rio Tinto that I feel should be used against most Concacaf foes for the Nats (except Mexico, of course).
4. KC rejoiced in their make-shift yet cozy Community America Ballpark, effectively moving out of Arrowhead and clearing the way for a real stadium. Lopez and an appearance in the play-offs worked out well for them. Arnaud's play impressed enough to play in the national team.
5. San Jose won its place back in MLS and a smaller but effective stadium (like KC's) paved the way for a season in which they were contenders given the ineptitude of the western conference.
6. Chicago held its own, added Brian McBride to an already swelling attacking front with Blanco and Rolfe and reassured their defensive play.
7. Toronto FC started out well but eventually collapsed due to their long list of international players. Still, the best attendance in the league and a great manager made them a good team to watch this season.
The L side...
1. Galaxy. Gullit never really liked it in LA and Lalas' awful picks did the team in. Team Beckham-Donovan played great offense but stumbled in their defense worse than the Detroit Lions. Sean Franklin was a bright spot, as were Donovan's goals and an eventual move out of the league.
2. Houston is on this side because they allowed themselves to be beaten out by the Red Bulls. Their team has great explosiveness but maybe it's time for something new.
3. New England was awful this year thanks in part to losing Twellman and Ralston to injuries plus a horrible showing at the Concachampions. Clearly, they did not care about the regional tourney.
4. DCU had an unfortunate fall from grace this year. The eternal MLS contenders fell appart due to injuries and an innefective Marcelo Gallardo, a streaky Emilio, and bad goalkeeping. Concachampions was another failure.
5. Chivas is a difficult side to categorize because they also succumbed to injuries throghout the year. Kljestan and company found a way to win games and that led them to the play-offs once again. They reside in the losers columns simply due to their horrible failure in the Concachampions... beaten out by (ehem) a Panama side?
6. Colorado was flat all year long. Gomez should not have left DCU and both teams paid for this. Conor Kasey's return was a bright spot.
7. Dallas was awful to watch this year. Davino's entrance was inefective at best and then again it really doesn't matter because no one came to watch the games. If you look at the stats column on the right you'll see that they were down by 2500 seats from last year.

Looking forward: Columbus' win should open a few eyes (and wallets) since they won with a blue-collar team in accordance to their place of birth. New York should learn from this experience and perhaps opt for a playmaker of Schelotto's quality to bolster their attack. Same goes for the rest of the league. A second DP player might work wonders for the MLS. Columbus did it without one but Schelotto sure deserves a raise.
Less players, more money. More senior players in the squads, no reserve games and higher wages may work as a start in today's economy. MLS has its ways and sometimes it pays out.
Bring back Becks next season. The league needs him one more time in Bruce Arena's tuteladge and perhaps the team can finally reach the top. Donovan deserves his break in Europe so let's not try to keep him here. Another marquee forward might do the trick this time around since we also know Arena will be reconstructing the defense.
Lastly, there's Seattle. Fans and all. Ljundberg and Jaqua are also nice in this squad. In the end, expansion sides are a toss-up in this league where every team has a shot at being number one. It is the way of things in America... always different from the rest of the planet.
Posted by R. Mera Velásquez at 12:09 PM

Still at football stadiums are New England (Gillette), Houston (Robertson), San Jose (Buck Shaw), Seattle (next season). New York (Giants) is getting their new stadium (Red Bull Arena) next year. San Jose revamped Buck Shaw for soccer and they are also looking to get their own stadium. DC is the only team playing at RFK so it wouldn't count as a football (baseball) stadium. Ljungberg is a former West Ham and Sweeden national team captain. He is 31 and prone to injury.

Yea I remember Ljungberg from Sweden, was just wondering if it was the same guy. I would count RFK as a football field since that is what it was created to be, and the seating, although amazing for us was not ideal throughout the stadium for soccer.