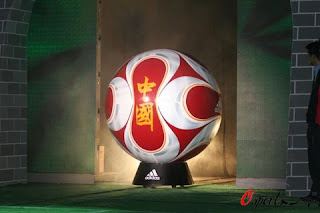 That's right, the "z" is to get people's attention because that's what this US Olympic team deserves. From Jamie Trecker's lukewarm, although generally positive overview of the game to Ives Galarcep's excitement with the realization the potential of this squad, to an impressed Spanish-speaking media liking the team's chances, the US Olympic team's 2-2 tie versus Holland in the second game of group play was nothing short of spectacular although with a sobering end. Granted, I was only able to watch 60% of the game due to DVR malfunction, I saw enough to be happy with the style of play and the lack of stage fright and lack of respect for their foe (yes, I said it). It's important for these youngsters to realize that, as Trecker put it, this isn't the famed clockwork orange that trounced World Cup finalists Italy and France. This was another U-23 team just like them. As I like to say to people when I discuss soccer comptetitions: when it's not the full national team playing all bets are off. That is why Nigeria won the Olympic tournament in Atlanta and why Mexico's U-17 won that tournament.
Back to the Americans: Flashes of glory from the Freddy Adu we all had such high hopes for back in 2003, Altidore's opportunistic brilliance, Kljestan's masterful play, Bradley's presence, Holden's quick moves, Parkhurst's steadiness, Wynne's pace, all came together in a spectacular performance. I was, thankfully, able to catch some of the highlights online even though youtube isn't allowed to broadcast. This, I feel, is one of the most important results for the national team to date. Here they have laid the groundwork for an appearance in the quarterfinals and a chance for glory on the olympic podium. It's close to what they did in 2002 when they reached the quarterfinals. Now only Nigeria remains in the horizon. This Wednesday morning at 5AM ET the game will be broadcast on USA network of the Olympic soccer HD channel if you have that. DVRs are a plus but make sure you set it correctly and allow for overtime, etc. We will be missing Bradley and Adu, the engines of our midfield, but Nigeria will be missing key defenders as well. It's time for Kljestan to show just how good he is and why he belongs in Europe. Feilhaber has a shot at redemption in what is a likely start for him. Szetela is another player to watch in place of Bradley. To me this game is like US-Mexico in 2002. So much is at stake and so much is to gain. A tie or a win sends the US to quarterfinals. Losing is not good enough unless Holland fails to win against Japan. Enjoy and succumb to your superstitions.
Posted by R. Mera Velásquez at 11:06 PM