No flop or flair in Dempsey's loan to Fulham 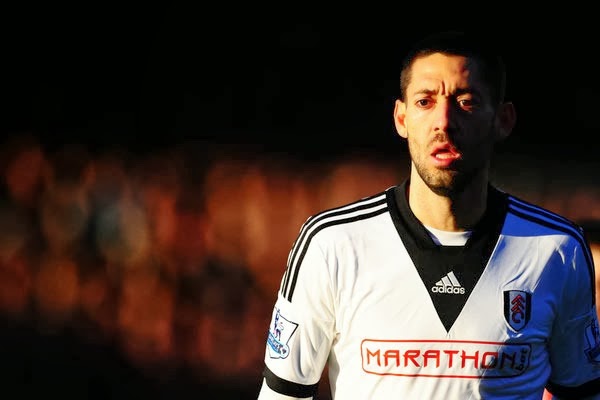 Clint Dempsey took Juergen Klinsmann's advice. He used his time off from MLS to go on loan to English Premier League side Fulham. It was a return of a hero. A chance to play and regain confidence after an unconvincing time in Seattle. The loan started with a promise and ended with a quiet goodbye.

Back in 2010 there was another high-profile US National Team loan: Landon Donovan to Everton. He scored, he assisted, he did not disappoint. So what's the difference between these two highly-rated players in their loan to the Premiership?

For one, Dempsey is older now than Donovan was during his loan to Everton during the winter months of 2010. And although that should not be a pretext, it should be considered a factor. Dempsey had an underwhelming campaign with the Sounders where he finished with just one goal when it was assumed they would come in bunches as it had for Fulham and Tottenham.

Landon Donovan was in his prime in 2010 in what became a career year for him in the international stage. He was the savior of the national team on two occasions in the World Cup and continued on  pace to become the highest-scoring player ever to suit up for the American side. So when Everton came knocking he was ready to go, fans bought Donovan Everton jerseys that would last only two months of relevance and he was a force on the pitch as a striker for David Moyes.

Should national team fans be worried about Dempsey? After all, this is their team captain and one whose goals they have learned to count on for many years now. With him and a struggling Altidore we're beginning to wonder just what this team would look like if either of these players fail to make an impact.

But what are the positives for Dempsey? He stayed active. He played in one of the world's top leagues. He remained relevant in Europe, as odd as that may sound. Dempsey thrives on competition. He excels versus talented squads like Chelsea, Manchester United, England or Italy. If anything, this loan likely recharged his batteries for Seattle during a season in which they desperately need to win a trophy.

So Klinsmann has at least had his captain playing at the highest level during the MLS offseason. It was no flop with Fulham, the team is in a tailspin right now and threatened with relegation. There was no flair either, however. We'll see just how good Dempsey looks with the American squad versus the Ukraine today.
Posted by R. Mera Velásquez at 8:49 AM