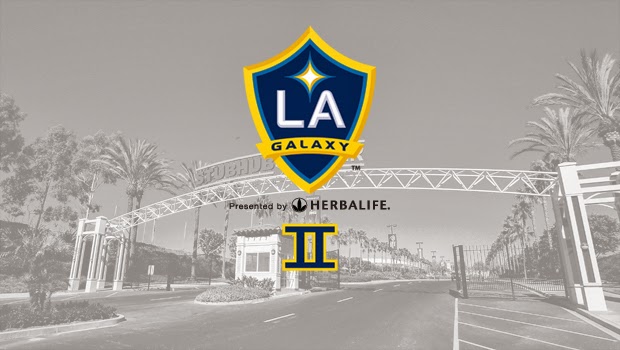 Photo credit: LA Galaxy
The rise of MLS development is here and the marquee clubs are setting the stage for it. The Red Bulls just announced that they would begin the process of creating a secondary feeder team in the USL Pro. This is not without precedent since the Galaxy II was just formed a few weeks ago.

If this sounds familiar to those that follow international soccer it's because great teams in other leagues around the world also have this type of setup: Barcelona B, Bayern Munich B and so on. Indeed, it's quite a step for MLS teams.

The "b" teams we are talking about have given us players like Pedro, Giovanni dos Santos, and the great Carles Puyol, who came up from Barcelona C to become one of the greatest central defenders of all time.

Recently, players like Terrence Boyd and USA prospect Julian Green have come up the ranks from Borussia Dortmund and Bayern Munich. The former landed a starting (and successful) role at Rapid Wien of the Austria Bundesliga while the latter made his first full-team appearance in a Champions League match with Bayern.

It is no secret that MLS teams have had partnerships with lower division teams for player loans in order to get young players valuable playing time. Such was the case with individuals like Seaton and Dykstra for DC united and the Richmond Kickers.
Just as the great leagues in the past have move forward with new, clear and groundbreaking developments, so does Major League Soccer. Still in its second decade, the league is advancing step by step to catch up to the rest of the soccer world.
Major League Soccer is now experiencing what we might term its third age. A time after the Beckham era. The influx of highly talented designated players continues, as does the repatriation of in-prime US internationals like Dempsey and Bradley.
The projected increase of teams to 24 by the end of the decade calls for an increase in the talent pool. The Galaxy and Red Bull are now leading the way with their developmental "B" sides to ensure they can have the tools to meet the demand and are once again doing the trailblazing for the league.
Posted by R. Mera Velásquez at 10:58 PM