The magic of the 2013 Portland Timbers 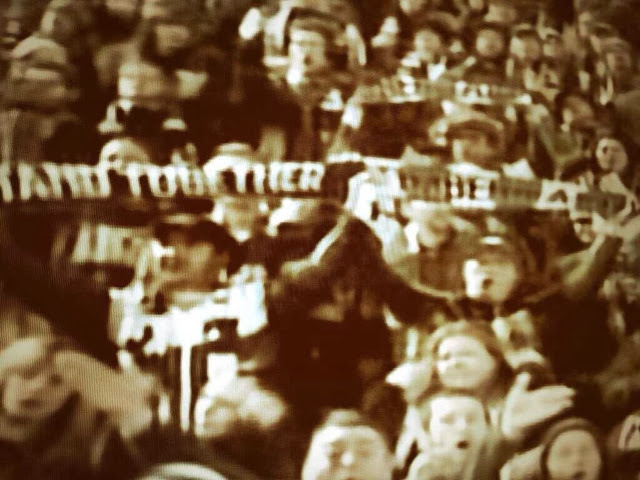 As the game drew to a close last night at Jeld-Wen Field, there was an underwhelming feeling spreading through the stands in the stadium and the city and around the country for all the Timbers faithful. Real Salt Lake had won by 1-0 thanks to a Robbie Findley goal, bringing the aggregate score to 5-2 and eliminating Portland.

But the chanting went on and happy faces remained, for Portland had just achieved one of the most amazing one-season turnarounds in the league's history. Last season the team was losing matches left and right and goal scoring was so deplorable that the DP was benched and struggling Danny Mwanga was acquired from Philadelphia. This year the team lost a total of 6 matches at home and had an incredible unbeaten streak for much of the season.

The real change for Portland came through the addition of their coach: Caleb Porter. The former Akron coach was known for his attractive attacking style and great interpersonal skills with his pupils. It worked. Portland was fun to watch and hard to beat.

The addition of Diego Valeri and Will Johnson changed the shape and the direction of the team on the pitch and brought attacking and defending qualities that had lacked all through the first two seasons of the Timbers. Most importantly, however, was that Valeri helped Darlington Nagbe come close to reaching his potential as a bona fide MLS star.

Perhaps the greatest victory for the team this year came just a few weeks ago against none other than the Seattle Sounders. And better yet, this happened in the playoffs in a home-and-home series that saw Portland win both games convincingly. It was this, perhaps, that made most of us believe the team might go all the way.

Caleb Porter instituted a fluid form of attack with the ability to quickly shift all resources to defense, a total football approach championed by the Dutch in the 1970s and 1980s and adopted by many coaches throughout the world. He brought back Danso to the center back position and acquired Kah as his partner. Together with a repositioned Jewsburry at right back and Michael Harrington on the left and Porter had a key to fluidity and athleticism necessary for his total football scheme.

Portland is a young team. Only 3 years in the league. It is this fact which separates it from squads like Real Salt Lake. For all the magic and talent, there is little in the way of backup. Alhassan and Zemanski can only do so much and Ryan Johnson and Piquione and Urruti are not reliable strikers. In contrast, Salt Lake  has Sandoval and Velasquez and Plata.

Next season these holes will likely be filled and Portland might become an even stronger team. But Today we thank the Timbers for a wonderful season full of memories and goals and firsts and for going into Seattle and grabbing the win when it counted. We don't need the Dempseys and Martins and Eddie Johnsons of the footballing world to be great. Then again, what if we did add one or two marquee players to the team?

Good post, but we didn't lose 6 games at home -- only 2, and that's including Sunday night's playoff loss. Only 1 loss at home during the regular season, and only 5 losses total (not counting Open Cup games and playoffs).