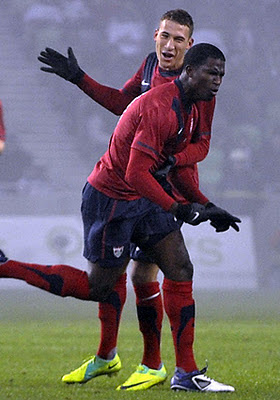 Thought Johnson was a revelation, would definitely like to see more. I like the idea of Bradley as a defensive midfielder, he was easily the most composed on the ball when under pressure today and he made a lot of good decisions.