Premier Revolution: Shaking up the EPL 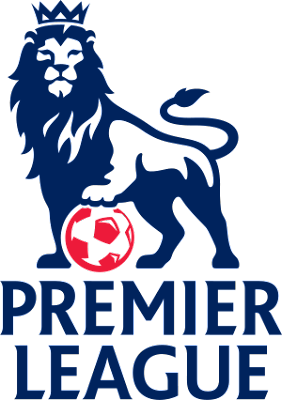 Manchester United may be on top and Arsenal close behind, but there is no denying that this season is a sign of revolution in the world's top league. If Liverpool's fall from grace last season and their inability to rise from the mid-table isn't enough then this season we have Chelsea with one win in 9 games. Throw in Aston Villa in the drop zone and the inevitable rise of Manchester City and we have a brand new revolution.

Something similar happened in the German Bundesliga a couple of years ago when Wolfsburg won the league and Bayern Munich struggled to reach Champions League position. Italy, (except for Juventus' recent problems) France and Spain haven't changed much, although prior to Rijkaard and Ronaldinho's departure Villarreal was able to reach second place ahead of Barcelona. This is also commonplace elsewhere around the planet: Mexico, Argentina, Brazil, USA often see significant changes from season to season due to the more competitive nature of the leagues and where corruption can sometimes hinder a team's progress.

But back to the EPL... What's going on? Aside from the significant capital that Man City has to work with and their impressive coach (Mancini), it's hard to argue against the likes of Balotelli, Carlos Tevez, Adebayor as your attacking front. Tottenham Hotspur is another impressive squad that has shoved its way through by sheer grit and dedication from players and coaching staff. It is a more blue collar team, relatively speaking, than City, Man U, Arsenal, Chelsea, but still boasts players like Van Der Vaart, Peter Crouch, Ledley King, William Gallas. Their skipping over Manchester City and Liverpool allowed them a place in this season's Champions League.

And what's going on with Chelsea? They are the reigning champs with Carlo Ancelotti as their coach and a mostly unchanged starting lineup... and maybe that's where the fault lies. Where Manchester United has rotated its squad and have given way to players like Javier Hernandez , Nani and Antonio Valencia, Chelsea still remains with Anelka, Drogba, Lampard, Cole, Terry, Malouda as their spine with seemingly little in the way of rotation.

But the current state of the league does not stop with the scrambling of the top four--it reverberates all the way to the bottom of the table. Previously dominant mid-to-top table teams like Everton, Fulham and Aston Villa have found themselves digging out of relegation week in and week out. Dempsey and Tim Howard won't always be around to rescue their teams. Other squads like West Ham, Wolverhampton and Wigan continue to give way to the recently-promoted squads.

So what is the diagnosis? Stagnation and bad management for teams like Chelsea and Liverpool. The ascent of quality clubs by way of sheer capital (Manchester City) or superb organization (Spurs). For the rest it is more about how the smaller teams have been able to close the gap and how previously-dominant mid-table squads have become stale and less inventive. Or is it just a matter of increased competitiveness and player talent? Either way, the spectacle is the ultimate winner. No longer do we have to wait for club competition to see a good match between teams like Blackpool and Chelsea. Now, in this season, the competition carries all the way to the core of the league. It's less boring, more dramatic and just plain fun.
Posted by R. Mera Velásquez at 2:26 PM

Man City rarely uses any of those forwards besides Tevez and the leave there most exciting midfielder, Adam Johnson on the bench most of the time. You can question a lot of their coaches moves this year, but hard to second guess a team so near the top of the table (although the money they spend should assure at least that).
Chelsea has really missed Lampard, they just seem to have completely lost that aggression and offensive fluidity they had last year and at the beginning of this campaign.
Is Valencia going to return soon from injury for Man U? We need some Ecuador action!
The parity is great this year, as soon as I have Wigan, West Ham, and Wolves relegated they go and pick up some big points over the holidays to make a mess of the entire bottom half of the table.