Missed opportunity: Liverpool will find it hard to win the Premier League in 2015 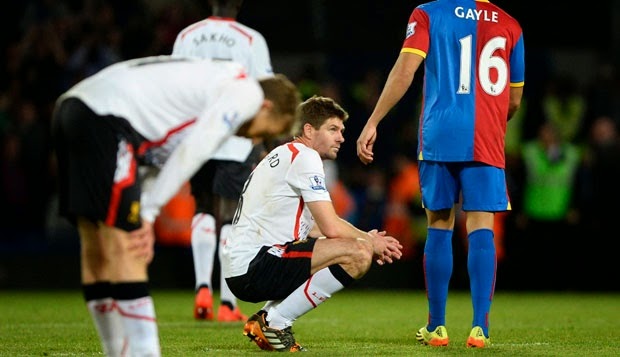 This was going to be Liverpool's year. All the pieces were together: Sturridge and Luis Suarez, with the latter being the poster boy for goalscoring worldwide. A tie last weekend sealed their fate.

There is talk of "next season" and "even better" but is Liverpool likely to have the same opportunity next year? Not without Luis Suarez, and he is likely to leave for a more lucrative future in the summer transfer window.

Brendan Rodgers had it. He had the team on the cusp of its first title in 24 years and bad defending at the end of the game cancelled all his work. That's how tight things can be in the world's best league.

So what can Liverpool do to win next season? Hold on to Suarez is number 1, and unlikely to occur. A replacement will be difficult to get given the price some other strikers are going for at this time. Fernando Torres won't be moving out of Stamford Bridge, according to Mourinho. Maybe an up-and-coming player that succeeds at the World Cup?

Another reason Liverpool is the resuscitation of Chelsea via serious cash to be spent by Mourinho on strikers and general reshuffling of the team. Diego Costa comes to mind. Manchester United will have a rebuilding year in which they will not participate in European tournaments, reopening the door for the once-perennial contenders.

Liverpool has a young nucleus with which to build around as well: Raheem Sterling, Daniel Sturridge and Coutinho have serious talent made exponentially more productive thanks to Luis Suarez. If Rodgers can tap on their energy and athleticism and make the right moves in the transfer market they could still be in contention, at the very least.

Liverpool missed an opportunity this year, however, with the collapse of Manchester United and Arsenal and some of the struggles Manchester City and Chelsea had.