Manchester United still on top in 2012 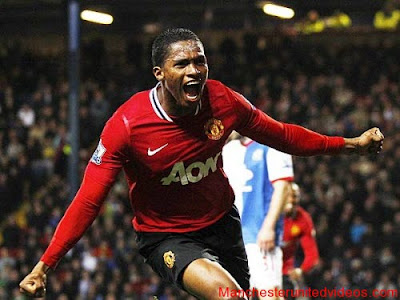 A few months ago it looked as if Manchester United's monopoly on the Premier League title was about to be undone by its fiercest rival: Manchester City. The Citizens weren't losing and were beating everyone by exaggerated scores, including United by 6-1 at Old Trafford. As the season progressed, however, and both teams exited prematurely from both the Champions League and the Europa League, the true colors began to shine. And this time it was United's resilience and their eternal guardian--Alex Ferguson--that allowed them to reclaim the lead in the world's toughest league.

Recent results show why Manchester United is such a good team from top to bottom. Never mind the piles of money thrown at Aguero, Balotelli, Silva, Dzeko, Milner, Lescott, etc. In the end it comes down to more humble personnel like Antonio Valencia, Chicharito Hernandez and Ashley Young. And yes, it's the coaching and game time decisions that make a difference. Yesterday, Valencia and Young won United 3 precious points away from home, taking them 4 points clear of City.

When one watches Manchester United play, the talent present on the pitch carries out like an orchestra of well-timed passes, high defensive lines, great crosses from the wings and the accuracy of Rooney, Hernandez and Welbeck. Manchester City is fun to watch also but one gets the sense of too many egos trying to mesh together. Sometimes it works for Mancini and sometimes it doesn't, as can be seen with the recent results: losses to Swansea City and Sporting Lisbon and ties versus Stoke City and Sunderland (at home).

Sir Alex Ferguson isn't afraid to shake up his lineup given a particular foe on the pitch, nor is he timid about sitting out one or two stars if he sees they aren't the right choice for a game. Chicharito, for example, did not start versus Fulham but did versus Blackburn Rovers. For Ryan Giggs it was the opposite. Lean, faster teams like Fulham require the steadiness of Carrick and Giggs in the middle of the pitch. Phil Jones and Paul Scholes work better versus a more physical side like the Rovers. It's coaching, in the end, that makes the difference. It is player selection for specific purposes and at the right time. This is why Hernandez, Valencia, Welbeck were brought in through key transfers and steady player development.

Manchester City will need to do more than win its remaining games not just against modest teams like QPR but also against stiffer competition from Arsenal and Newcastle. The "Citizens" must also hope that Manchester United stumbles along the way, and this will not come easy since the toughest opponent for the "Red Devils" will be Manchester City itself. And indeed, this will be the climax itself if City is able to defeat Arsenal and Newcastle to be within striking range of United. The date is April 30th, three fixtures away from the end of the season. Mark your calendars now.
Posted by R. Mera Velásquez at 4:37 AM