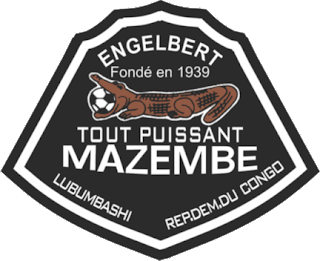 Tout Puissant Mazembe, a soccer club from the African nation of DR Congo (yes, the former Zaire) has shocked planet football by defeating Brazil's powerhouse Sport Club Internacional of Porto Alegre, Brazil in the Club World Cup. Mazembe did this after first defeating Mexico's Pachuca, another storied side by the score of 1-0 in the quarterfinals.
Mazembe, formerly known as Englebert, is a Congolese football club based in Lubumbashi. It was established in 1939 by Benedictine monks but took its first name (Englebert) when the monks lost control of the club to foreign elements and club sponsorship. The club continued to exist after the independence of the Congo in 1960 and won the treble (national Championship, Katanga Cup and Congo Cup) in 1966. Adding to their silverware were wins in the African Cup of Champions in 1967 and 1968. Mazembe was also finalist four times in 1967, 1968, 1969 and 1970 and was the first team to successfully defend the African Champions Cup. Mazembe again won the CAF Cup of Nations in 2009, thus qualifying for the Club World Cup. 2010. [credit Wikipedia]

The Club World Cup, an annual tournament sanctioned by FIFA is being played in Abu Dabi (United Arab Emirates), traditionally pairs a South American team versus the winner of the UEFA Champions League. Usually, this tournament is thought of as an afterthought by the top European squads and of lesser importance for the Conmebol (South America) teams. This isn't always the case, however. Teams like LDU Quito of Ecuador took the games very seriously after winning the Copa Libertadores for the first time. Barcelona also was keen on winning the title in 2009 to complete their world dominance. 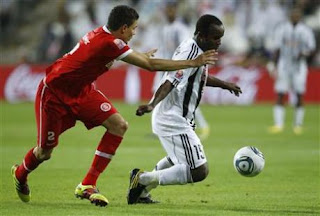 So why should it be different for Mazembe? Perhaps Pachuca came deflated from their excruciating playoff game versus Monterrey a couple of weeks ago. Maybe it was the same case for Internacional. But this unprecedented event could pit the African continent's representative versus Inter Milan--assuming they proceed to the final.

Mazembe's incredible Cinderella journey is not over yet. They have a final to play (team to be decided tomorrow), and an even bigger upset would surely place them at the top of historical upsets in world soccer. This is perhaps a way to show the true globalization of the beautiful game. Anyone with a good team can win an international tournament regardless of history. Anyone with the right resources can host the World Cup regardless of history.

With the suffering that has gone on in the Congo over the last century, millions killed by the Belgians and millions more dying in wars with Uganda and Rwanda, not to mention the recent wars amongst the Congolese themselves, its a joy to see something going well for a country that has undergone such trauma. Keep rolling!