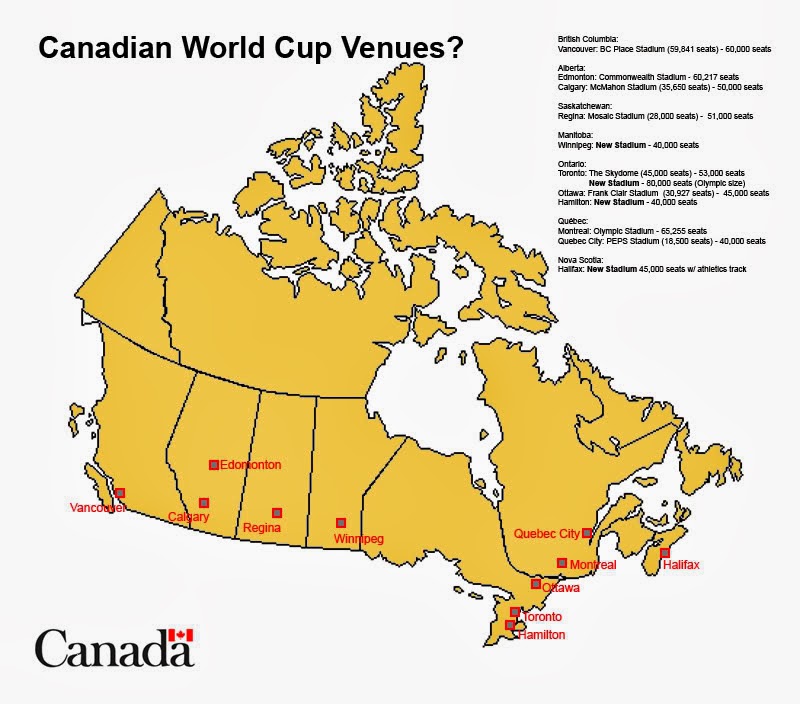 Last week we read that Canada is ready to make a bid for World Cup 2026. Even though twelve years away, for us in North America it's a welcome sign and the promise of a new start for the game and for FIFA once the curtains have closed over Qatar 2022.

Yes, FIFA should be listening to this and the world should be ready also. Canada boasts the kind of infrastructure required for an event like the World Cup. It also has the type of openness necessary to host a global tournament. Finally, if FIFA is truly looking to continue breaking new ground and exploring new frontiers then this surely is a top of the list.

Canadian soccer is a microcosm of US Soccer. Not the number one sport. No megastars. And a women's team that greatly surpasses the men's on the international stage.

Canada has limited soccer culture, perhaps only there thanks to the ill-fated NASL of Pelé. They are underdogs and underachievers, just as the United States in 1990. But unlike team USA, they had very little presence in international soccer before the 1980s. USA got to the semifinal in 1930 and had a historical win over England in 1950 before all went quiet for 40 years. Canada has been to one World Cup, 1986, although they came close in 1982 and 1994.

The landscape has been changing for the Canucks in recent years, however, with the addition of top soccer through MLS teams Toronto FC (2008), Vancouver Whitecaps (2011) and Montreal Impact (2012). Expansion has been talked about for Ottawa, who had a team with the classic NASL. In addition, Edmonton plays for the current NASL.

The club soccer scene has brought quality players to the country on a regular basis, from Camilo (Vancouver) to Frings (Toronto), Di Vaio (Montreal) and now Michael Bradley and Jermain Defoe (both Toronto). In addition, they have nurtured their own players in Dwayne De Rosario and Julian De Guzman, with the former one just having re-singed with Toronto. Canada's players have also enjoyed development in other MLS teams: Will Johnson (Portland), Ante Jazic (Chivas USA) and Kyle Porter (DC).

With MLS on board, the soccer infrastructure has been established in the major cities and, along with soccer-specific venues for club teams, large stadiums belonging to Canadian Football are also available for a World Cup. Unlike Qatar, the summer tournament would benefit from great weather conditions throughout the country.

A World Cup for the Maple Leafs would also be great for the US. In fact, a case could be made for a joint tournament between the two nations. FIFA has always been clear about the importance of MLS and here is a perfect opportunity to continue this relationship. So bring it on, Canada 2026, North America deserves to have big soccer back.

Good post, the other two major North American countries have hosted, I would love to see it happen for Canada. I'd like to see Australia get on the list as well both for geographic reasons and for the development of the game down under.